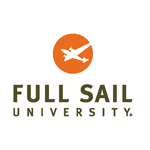 Full Sail University will dedicate its new game studio at a ceremony Oct. 30, naming the new facility BlackMoor in honor of a Dungeons & Dragons campaign created by the game’s co-originator Dave Arneson.

Arneson taught classes in game design at Full Sail since it was first offered on campus in 1999, and was inducted into the Academy of Adventure Gaming Arts and Design Hall of Fame in 1984. Dungeons & Dragons is a fantasy role-playing game that was created by Gary Gygax and Arneson and was first published in 1974. Arneson died in 2009 at the age of 61.

The dedication will be made at a ceremony that will include such guest speakers as Arneson’s daughter, Malia Weinhagen; Duke Seifried, former executive VP of D&D publisher TSR; Full Sail president Garry Jones; Rob Catto, program director for game studies; Dustin Clingman, founder and president of Zee Gee Games; and Shawn Stafford, director of the Full Sail Institute for Research in Entertainment, and Full Sail’s course director for research and design in game studies.

“Dave Arneson was a pioneer in gaming entertainment and we are honored to name the Full Sail game studio BlackMoor after his works,” said Catto, director of game studies. “This ceremony will honor our dear friend and esteemed colleague.”