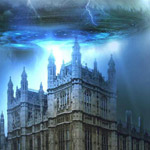 Florida International University’s College of Communication, Architecture + The Arts (CARTA) has partnered with innovative Hollywood tech and VR content company Bridgegate Pictures to create STAR Labs, the Studio for Altered Reality. This initiative will give students a boost in the growing AR and VR industries, which are expected to grow into a $95 billion market by 2025, according to a recent estimate by Goldman Sachs.

Bridgegate President & Executive Producer, Guy Griffithe, underscored the company’s intent to teach the “full gamut of the creative, administrative & business sides of the virtual reality world.” CTO and Director, Travis Cloyd, stated that, “Students will be mentored and provided with hands-on internship opportunities to prepare them for employment in this vital new component of the business of communicating ideas.”

Dean of CARTA Brian Schriner and Bridgegate CEO Lee Caplin have created the program, which will open this fall at FIU’s Biscayne Bay campus, where CARTA has set aside part of the communications building to house a lab, theater, classrooms and offices. Bridgegate will design, build and operate the facility.

Caplin, who serves on the Dean’s Advisory Board at FIU, is also the co-founder of Penske Media Corporation (Variety, Rolling Stone) and a producer with credits including Oscar nominated biopic Ali (Sony) and True Detective (HBO).

Bridgegate VR has been at the head of new interactive and immersive technologies since the early days, and has completed five cinematic VR experiences: The Recall VR Abduction (2017) with with Wesley Snipes and RJ Mitte, filmed in the first person point-of-view; The Humanity Bureau with Nicolas Cage, released on March 6; Distorted with John Cusack and Christina Ricci, due in May 2018; Speed Kills a 67-minute, award-winning VR feature starring John Travolta, and Katheryn Winnick, released on March 11.

More information at http://carta.fiu.edu and