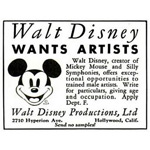 Here is some good news for animation students. During the past 90 days, more than 4,000 jobs were advertised online that required animation skills, according to real-time business intelligence outfit Wanted Analytics. Demand for animators is growing due to increasing need for vfx in video games, movies, television and online outlets. Hiring over the past 90 days grew 25% year-over-year versus the same time period in 2011 and reached a new high during March.

These skills are most commonly required for technical and creative occupations, such as Web Developers, Graphic Designers, Multi-Media Artists, and Computer Software Engineers. In addition, with the high growth in hiring demand by employers for animators, the volume of job ads for teachers at colleges and universities to teach students these skills has grown 39% over the past year.

Potential candidates for animator jobs are often required to have knowledge or experience of several tools and technologies, including:

The five metropolitan areas with the highest volume of job ads for animation skills were Los Angeles, New York, San Francisco, Washington (DC), and Seattle. Although recruiters in Los Angeles posted the most ads of any city, hiring demand over the last 90 days actually declined about 2% compared to the same time period in 2012. In comparison, recruiters in Washington, DC saw the most year-over-year growth over the past 90 days, with 77% more job ads than were seen online during 2011.

Nationwide, companies sourcing candidates with animation skill sets are likely to find them hard-to-recruit, with varying degrees of difficulty in each location depending on the available talent supply. According to the Hiring Scale, employers in Washington, DC are currently experiencing more difficulties than average when recruiting candidates with these skills. While growth in demand for this skill has grown, the local talent pool of qualified professionals does not meet the needs of employers. Recruiters in this area are likely to compete heavily to attract talent and may experience a longer time-to-fill than many other areas across the United States. The Hiring Scale also shows that the best places to recruit Animators are currently Grand Rapids (Michigan), Oxnard-Ventura (California), and Allentown (Pennsylvania). These areas are likely to fill job openings faster than the rest of the United States. Job ads in these areas are posted for an average of about 5 weeks, almost 2 weeks shorter than in Washington, DC.

The Hiring Scale measures conditions in local job markets by comparing hiring demand and labor supply. The Hiring Scale is part of the WANTED Analytics platform that offers business intelligence for the talent marketplace.

The Hiring Scale is available at www.hiringscale.com.