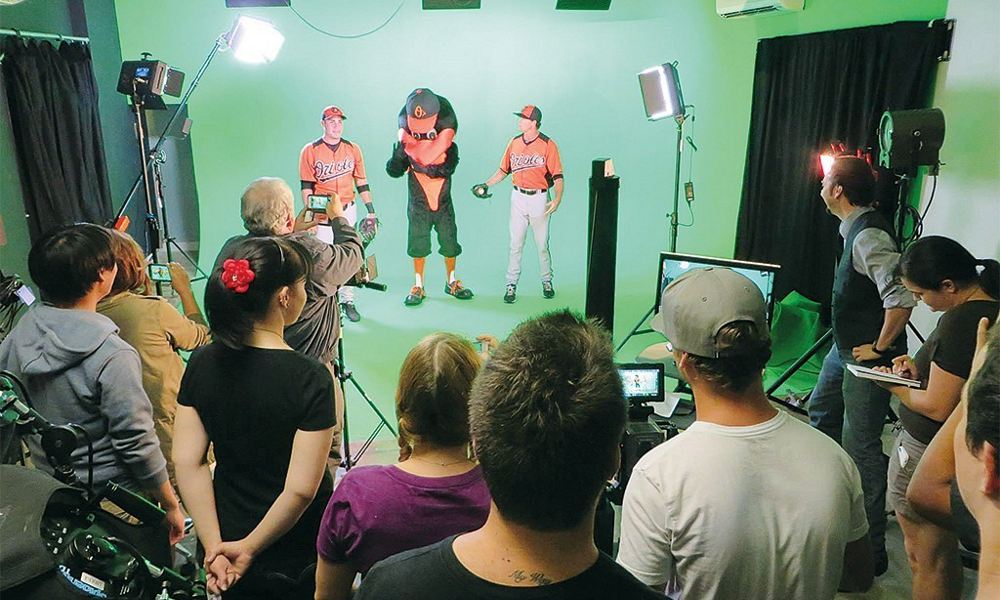 Ringling College of Art and Design

For animation students, school is definitely the perfect place to learn the basics of the craft while expanding their personal and creative horizons. And with so many opportunities and new frontiers opening up for the art form, it’s no wonder that so many of the top animation schools are finding fascinating ways to prepare their students to make the most of it.

So here we present some of the most popular and original classes offered at five of the top animation schools in the United States and Canada. Some of them find new ways to instill the foundations, while others offer flights into unknown territories. Either way, it’s an excellent example of the depth and quality of animation education available to students looking to take the art form by storm.

Filmmakers have increasingly recognized animation’s utility as a documentary tool and incorporated it into feature and documentaries. California Institute of the Arts (CalArts) professor Pia Borg helps students explore those techniques in a class called Imagining Reality, part of the school’s experimental animation program.

“The distinction between documentary and fiction, that boundary is really becoming quite elusive in all areas of cinema,” says Borg. “We’re entering into an age where reality is more shocking than fantasy … and students are really attracted to working with nonfiction subjects.” 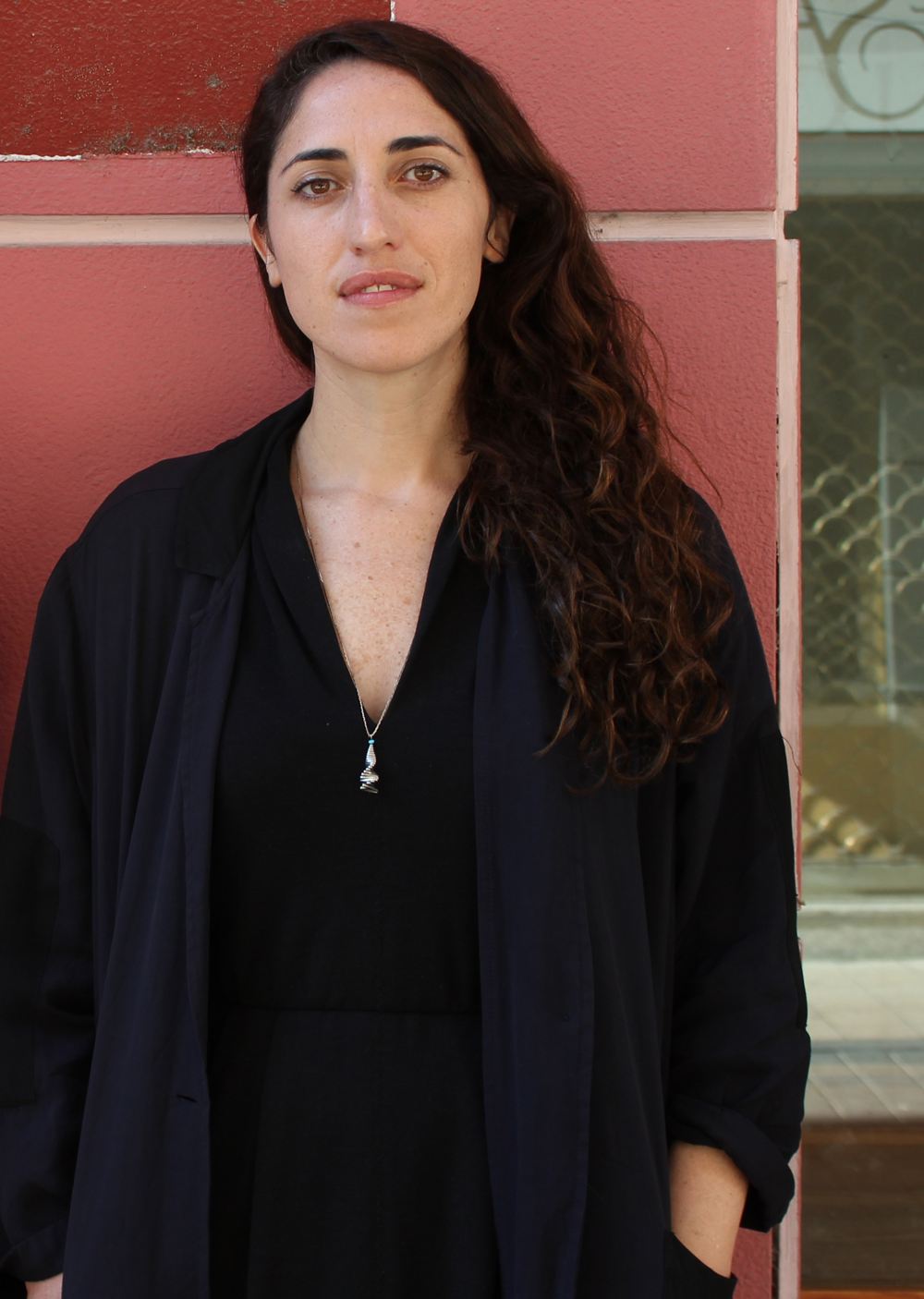 The class is geared toward MFA students and consists of a series of screenings and discussions with students creating four short works in the class around a series of different briefs. One such brief might be to make a film about a location, or do a portrait or an archive essay film that draws on historical subjects.

“We often associate documentaries with capturing the real or showing reality,” says Borg. “Animation is really interesting because you’re able to capture aspects that can’t be filmed: a person’s interior state or events that haven’t been captured.”

The class usually has 12 to 14 students and demand is high for the class, which draws students from disciplines outside animation in the film and video department. The class is open to any technique, be it stop-motion, 2D animation or CG. 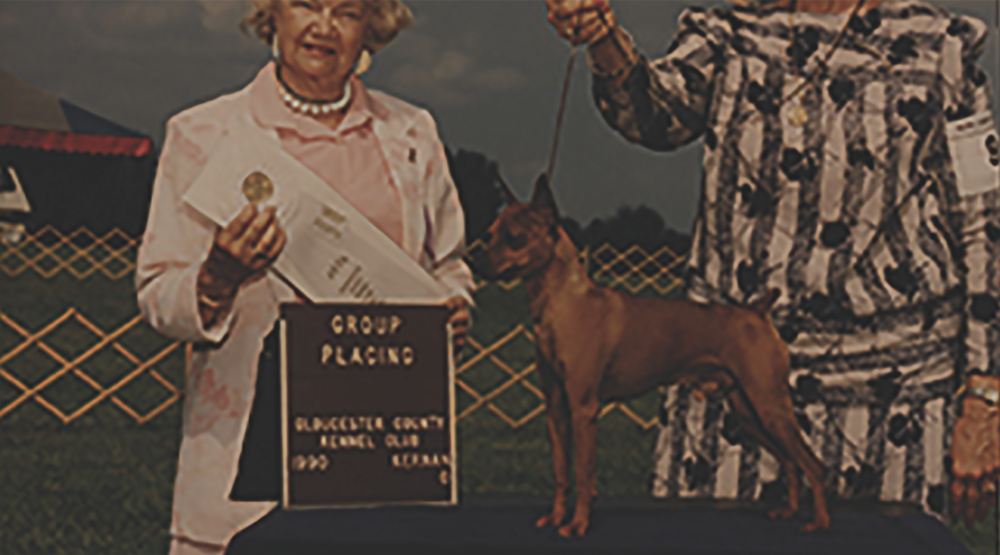 The changing definitions of what constitutes a documentary and the growing acceptance that documentaries have always been and always will be constructions aligns the class with experimental filmmaking, Borg says.

“Experimental filmmaking does distinguish itself from journalism,” she says. “Students are dealing with emotional subjects… it’s about finding a truth in the representation and the tone and acknowledging that the voice of the filmmaker is a part of the work.”

Motion design is a growth area for animation, and Ringling College of Art and Design preps students interested in the field with a realistic simulation of the job.

The core curriculum, established in 2009, addresses the main skillsets required for a motion design career: concept development, an understanding of branding and marketing and the technical skills required to deliver a working screen-ready product, says Ed Cheetham, head of the school’s motion design department.

The senior project production studio class recreates the environment students will find in a real studio, and requires students each semester to produce six finished products chosen from a roster of briefs.

“It gives them a very accurate expectation of what their turnaround time is,” he says. “We don’t tell them how to solve the problem, we just give them the challenge.” 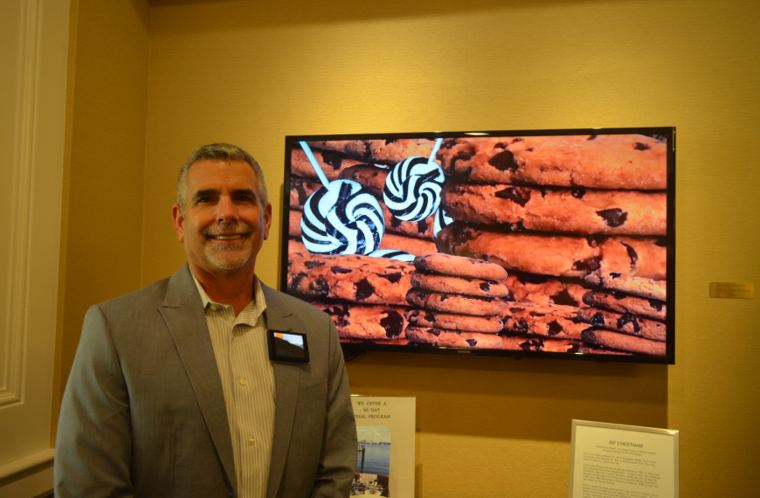 Examples of briefs include creating a piece for Extinction Rebellion, conveying the importance of voting for Civic Nation, creating AR apps for the Mellow Mushroom restaurant chain, scoreboard graphics for the Tampa Bay Lightning hockey team and film titles sequences.

Students are given practical skills they need to function in the workplace, such as how to work with art directors, taking notes during meetings and following up with coworkers.

“The students that have graduated say that class prepared them the best for the industry,” says Cheetham, who adds recruiters say Ringling grads are the best-prepared students they’ve ever hired. 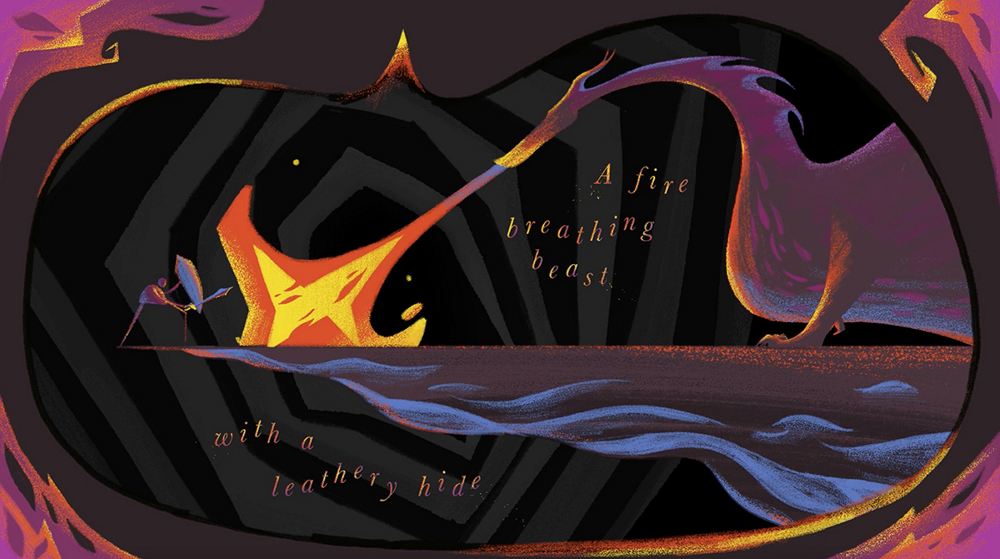 Nickelodeon has hired 14 program grads in the past three years and one student was named to The Rookies platform for emerging digital artists. Classes are kept to about 15 students and meet twice a week for three hours at a time.

And the future is expected to continue to grow for this segment. “Everybody needs some sort of graphics on the web, online, advertisements,” he says. “Everything is turning into a screen.”

The animation program at New York University’s Tisch School of the Arts requires students to expand on the fundamentals they learn with special topics, exploring such new frontiers as VR with the Unreal Engine, which was first taught at the school in 2015.

Taught by associate professor Phil McNagny, the program started with a donation of 13 VR headsets from one of the field’s top tech companies, Oculus, which was especially interested to see what students could do with the new medium.

“I don’t want to say it’s uncharted territory, because obviously there are a lot of practitioners out there by now. But what I always appreciate about Oculus is that, back when they made this donation, they made it clear that they’d love to see the student work just because they’re sort of feeling their way through this as well,” says McNagny. 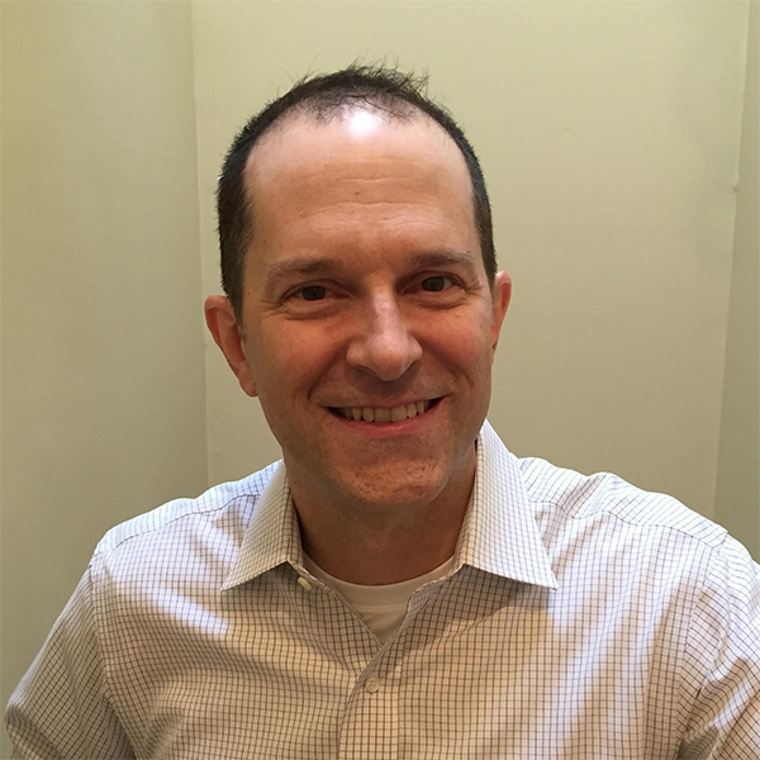 A dozen students are in each class and are tasked with creating a VR experience, which includes creating assets, learning to use Epic’s Unreal Engine creation software, doing some scripting and demoing the final project at the end of the semester. “It’s pretty intense, you get a lot of work done in a short time,” he says.

While some students have attempted narrative VR projects, most create environments. McNagny says one student recreated her favorite part of a park that overlooks the Golden Gate bridge in San Francisco, while another created a racing game. One student created a simulated space shuttle launch game, in which the user has to execute a specific sequence of commands with their hands to get their transport into orbit successfully. 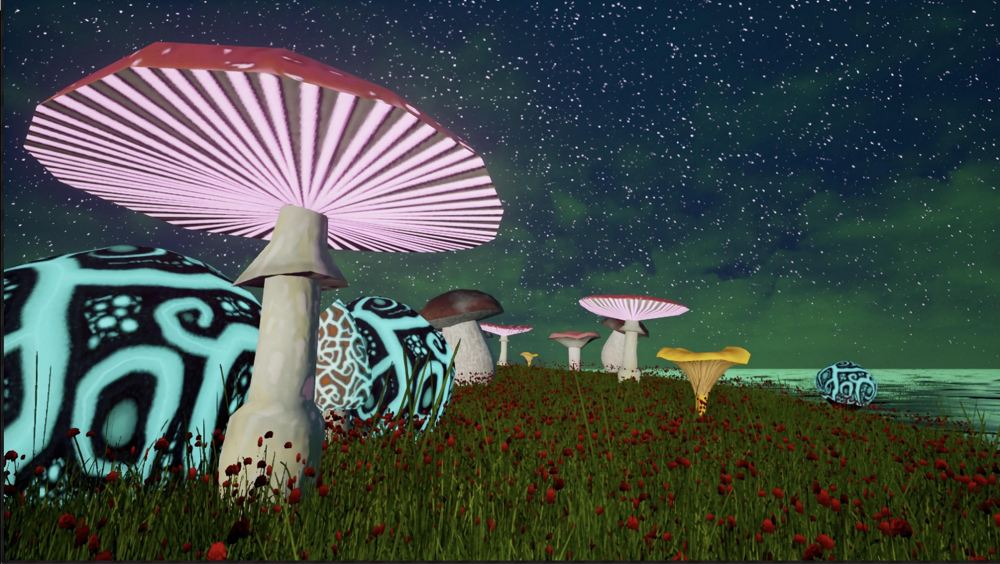 Graduates have landed jobs at companies like Oculus and Baobab Studios, and the class enriches the school’s overall animation program. “Certainly The VR class has been a great asset in our toolbox in terms of the classes we teach,” says McNagny.

Mapping Out a Career

University of Southern California (USC) was the first university to offer a bachelor’s degree in filmmaking, and is renowned for educating innovators such as George Lucas and Robert Zemeckis. The addition in 1996 of the John C. Hench Division of Animation & Digital Arts continued its dedication to teaching cutting-edge techniques such as a course in projection mapping, added in the fall of 2018.

Hench DADA chair Teresa Cheng says that while projection mapping has been around for a while, interest has been growing as the technology has advanced.

The class is titled Projection Mapping Design & Production, with instructor Jordan Halsey overseeing a class of about a dozen students.

Cheng says the class is equal parts technical and creative work, with the goal being to teach student industry standards, how to create projection mapping and create images that they can project onto 3D surfaces of any type. “It could be a building, it could be a tree, it could be a cake, it could be a sculpture,” Cheng says. 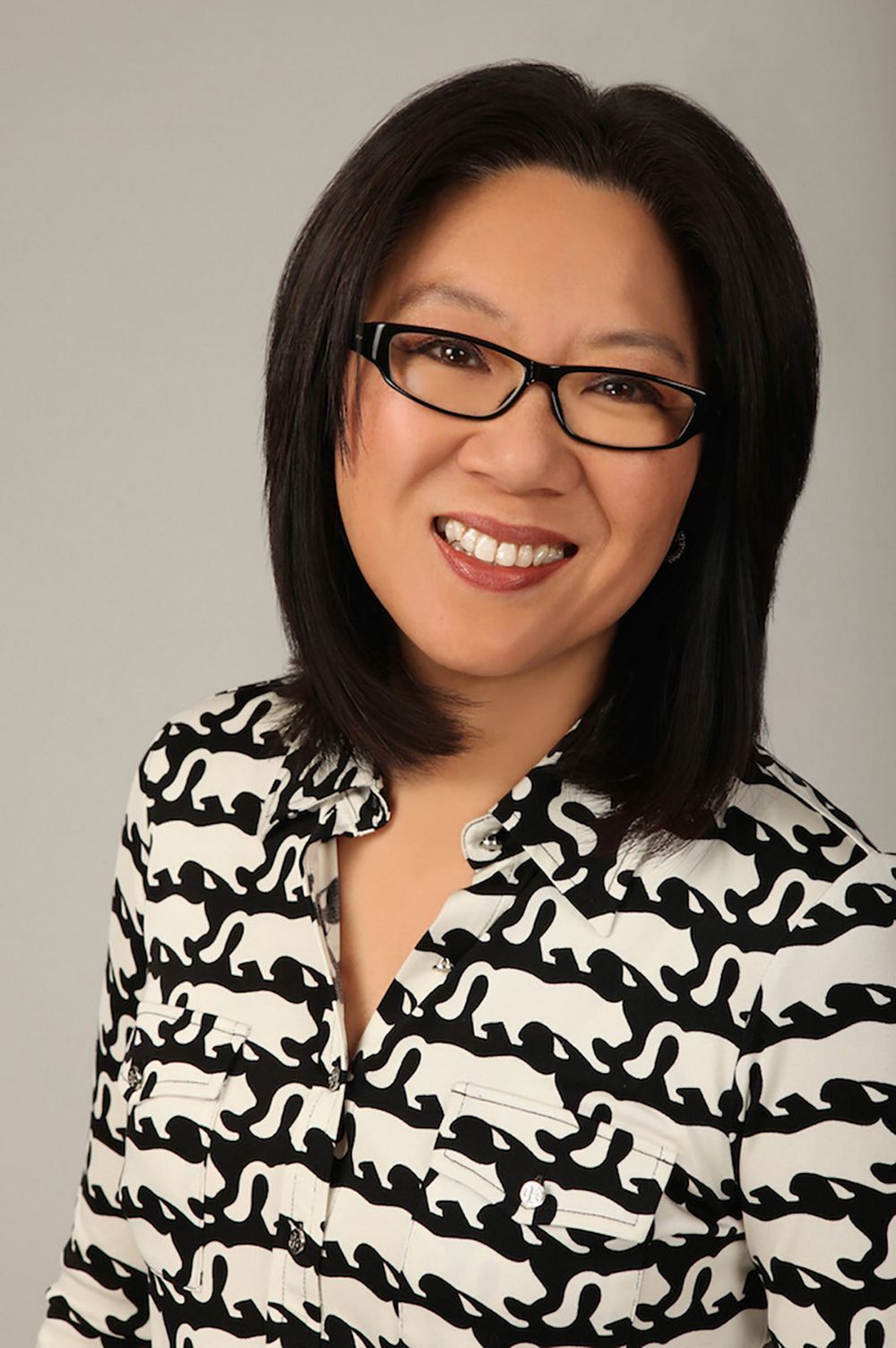 The course fits into USC’s overall focus of teaching animation students to be content creators and filmmakers who choose animation as their medium, Cheng says. “We try to actually impress on them there are so many different things out there, especially now, that they can get into and have good opportunities to be creative and also have a viable career.”

Projection mapping has been used to create immersive experiences at concerts, project the New Year’s Eve countdown onto buildings at Grand Avenue in downtown Los Angeles, and to brand entire buildings for movie premieres or other special events.

“There’s a lot of opportunities out there for our students when they leave us to become part of these new efforts,” says Cheng. “Projection mapping is so cool because it’s a shared experience … it’s not so lonely.”

While having each student create a film is standard for most animation schools, Sheridan College in Canada reflects the collaborative reality of life in the industry with its third-year fall-semester course Storyboarding: Advanced Story Structure.

Taught by full-time faculty member James Caswell, the class divides the entire third-year class into 12 film groups to pitch an idea and develop it, starting with beat boards, moving to storyboards and development art and continuing into the spring semester for production as a three to four minute short.

“When you’re working on your own thing it’s not like working on a real animated film. Animated films are much more collaborative than even live-action films, I find, because the story is kind of derived from boarding and everybody has a kick at the can,” Caswell observes. 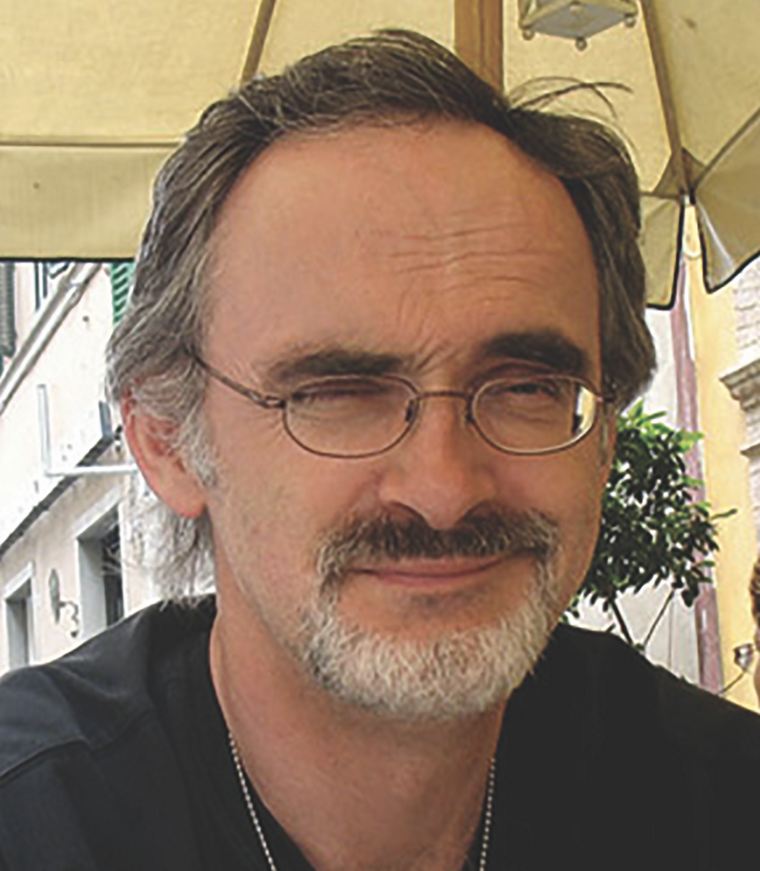 Faculty serve as mentors, offering advice but leaving the rest up to each group of students to decide among themselves.

“It’s their first crack at trying to make a collaborative film,” says Caswell. “They figure out how a story works in front of an audience, and that’s something that in the first couple of years here they don’t get.”

Along the way, students learn professional grace notes, such as putting in their best effort on projects that may have come from other group members, making sure they don’t drop the ball and leave their team hanging at a crucial point, and learning to fix a project when it isn’t working.

The class earned praise from Sheridan alumna Domee Shi, who directed the Oscar-winning short Bao for Pixar. A project developed in the class, The Fox & The Pigeon directed by Michelle Chua and Aileen Dewhurst, is nominated for best student film at this year’s Annie Awards. 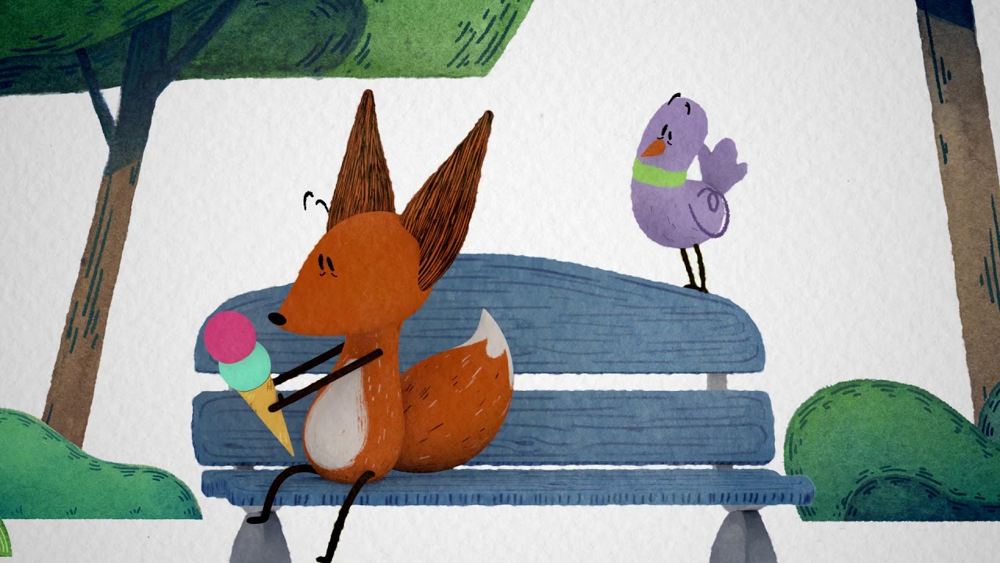 The Fox & The Pigeon by Michelle Chua and Aileen Dewhurst

“It’s really intense because there’s eight months they work together on these things at student work stations, but they live with each other for about eight months so I think they learn a lot about how to work with people,” Caswell says.