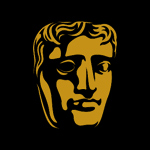 The British Academy of Film and Television Arts (BAFTA) has announced the names of 21 students in financial need who will receive scholarships to study in the U.K. or U.S. (Los Angeles and New York), including three beneficiaries of the Prince William Scholarships in Film, Television and Games, supported by BAFTA and Warner Bros. Awardees will also be mentored by BAFTA members, award-winners and nominees, and be given free access to BAFTA events.

“I feel completely overwhelmed by the support of the BAFTA panel and their belief in my creative abilities. This incredible scholarship will support a life affirming journey into realising my creative dreams and potential, as well as offering industry mentoring and the chance to contribute through BAFTA Guru, an unimaginable opportunity I wouldn’t have had otherwise,” says Emily Ellis from York, who is awarded 7,500 BPS towards an MA in 3D Computer Animation at Bournemouth University. “The foundations of my entire future have been changed by this huge act of kindness, and my self-belief reaffirmed, leaving nothing but immense gratitude and excitement to begin this amazing experience.”

Other recipients who will be using the scholarships to further their skills in animation and vfx related avenues include Bradley Johnson of Norwich, who will use his 3,000 BPS for the MA Moving Image and Sound program at Norwich University of the Arts; Morgan Ritchie of Oxford, awarded 10,000 BPS towards the MA Directing Animation at National Film and Television School; and Eloise Tomlinson of Somers Town, London, who is awarded 10,000 BPS for the MA Digital Effects track at NFTS.

Soon, BAFTA will be announcing the first ever recipients of its new scholarship program in Hong Kong, supported by the Yip Foundation, which encourages cross-cultural collaboration in film, television and games by enabling British students to study in Hong Kong, and vice versa. A full list of the scholarship recipients can be found here.