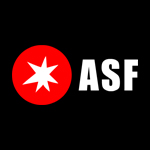 Filmakademie Baden-Wuerttemberg’s acclaimed Animationinstitut welcomed over the last two weeks a group of 16 young professionals from across Europe as part of the Animation Sans Frontières training program.

The group — including two Filmakademie alumni — was comprised of aspiring TDs, animation directors, producers and authors from Denmark, Germany, England, France, Hungary, Italy and the Netherlands. They participated in seminars and workshops by renowned guest lecturers, got to know the Stuttgart area as a hub for animation, VFX and creative and tech innovation.

One participant will be returning to Ludwigsburg, as the Animationinstitut provides a workstation to a select ASF graduate developing an animated project.

After this first stop in Baden-Wuerttemberg, the ASF group will progress to modules at three other top European animation schools over the six-month program: The Animation Workshop (Viborg, Denmark), Gobelins (Paris, France) and Moholy-Nagy University of Art and Design (Budapest, Hungary). A select few will be invited to Cartoon Movie and FMX next year.

European film school alumni are invited to apply to the 10th edition of the ASF program by May 31, 2017 (animationsansfrontieres.eu).