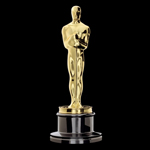 The Academy of Motion Picture Arts and Sciences’ Academy Foundation has awarded more than $500,000 in grants to 68 nonprofit organizations and schools, including animation powerhouse CalArts and the ACME Network’s animation program for college, high school and middle school students.

“The Academy strives to make the motion picture industry as accessible as possible to new talent and the public,” said Grants Committee Chairman Andrew Marlowe. “Among the wide variety of programs earning the Academy’s support are internship and job training programs that provide students in underserved communities direct access to the industry, a key stepping-stone that might be otherwise unavailable.”

Since its establishment in 1968, the Academy Foundation has distributed more than 778 institutional grants totaling more than $6.8 million in funding. For more information on the grants program, visit http://www.oscars.org/education-outreach/grants.