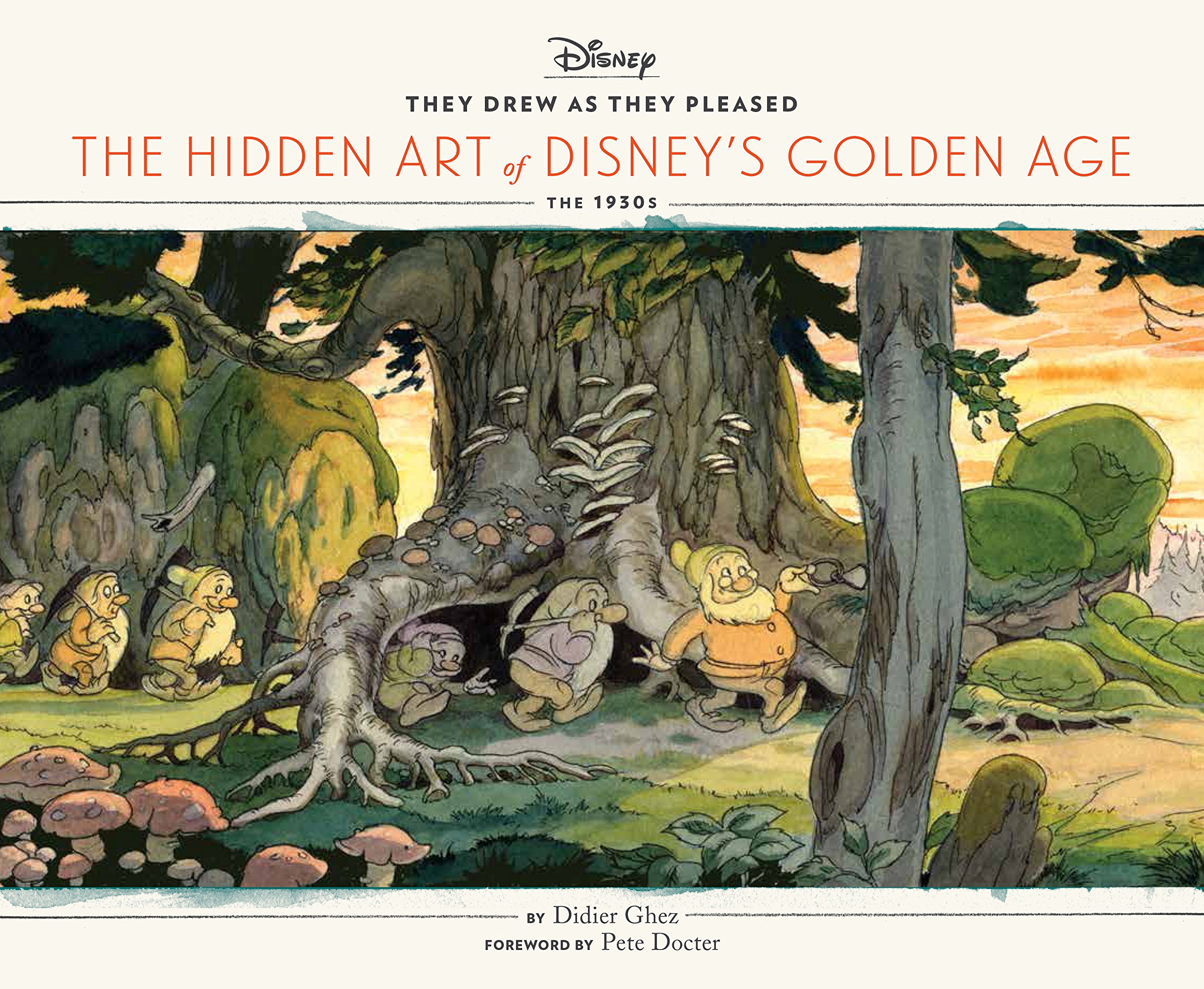 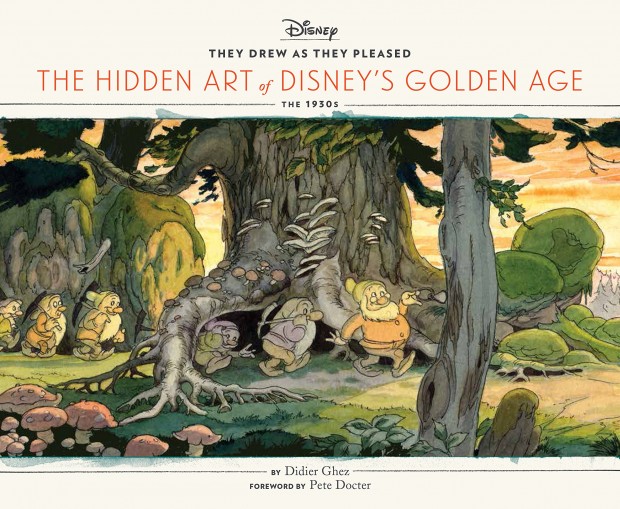 They Drew as They Pleased: The Hidden Art of Disney’s Golden Age
By Didier Ghez

In the first half of the 20th century, as Walt Disney Studio prepared to tackle some of the most ambitious animated projects of the age, the iconic toon house took a novel tack: hiring a group of artists whose sole duty was to explore visual concepts and inspire their colleagues to reach new heights. This collection — the first in a planned sextet of volumes — brings some of these relatively unsung creative heroes into the light  at last.

Ghez, who has profiled other lesser-looked-at nooks of Disney history with Disney’s Grand Tour and Disneyland Paris, showcases four of these pioneering artists with newly uncovered biographical material and largely unpublished artwork from the Disney Archives and Animation Research Library. This tour through the building blocks of the studio’s early golden age is sure to inspire with examples culled from short films from the 1930s, unproduced projects, classics Snow White and Pinocchio and early work for later productions like Alice in Wonderland and Peter Pan. 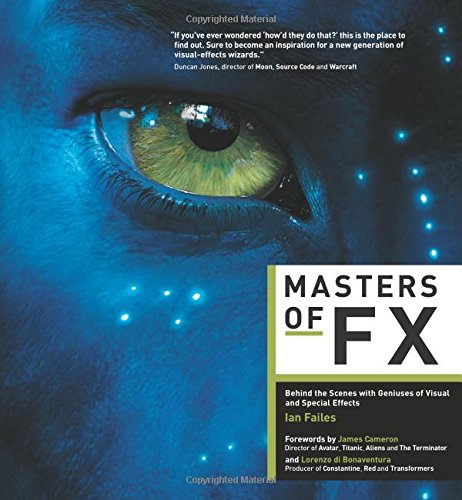 Masters of FX: Behind the Scenes with Geniuses of Visual and Special Effects
By Ian Failes

In the current and ever-evolving world of cinema, it’s rare to find any Hollywood flick untouched by effects work. Modern-day blockbusters feature CG creations that represent the fantastical (see Tim Burton’s Alice in Wonderland) to the photorealistic (Ang Lee’s Life of Pi) and best guesses in between (Steven Spielberg’s Jurassic Park). Australian journalist Failes reached out to over a dozen leading industry pioneers to uncover the secrets behind some of recent memory’s most celebrated sequences. 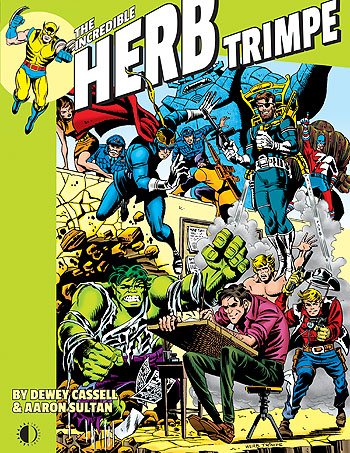 Subject Herb Trimpe had a truly Cinderella story in the comics biz, starting humbly at Marvel Comics running the photostat machine in the ‘60s, and eventually becoming one of the Marvel Bullpen’s most flexible career men. While his accomplishments spanned drawing licensed characters based on toy brands like G.I. Joe and Transformers to working with iconic super heroes like Spider-Man and Iron Man, Trimpe is best known for his eight-year gig on Incredible Hulk — and the eventual debut of Wolverine therein. 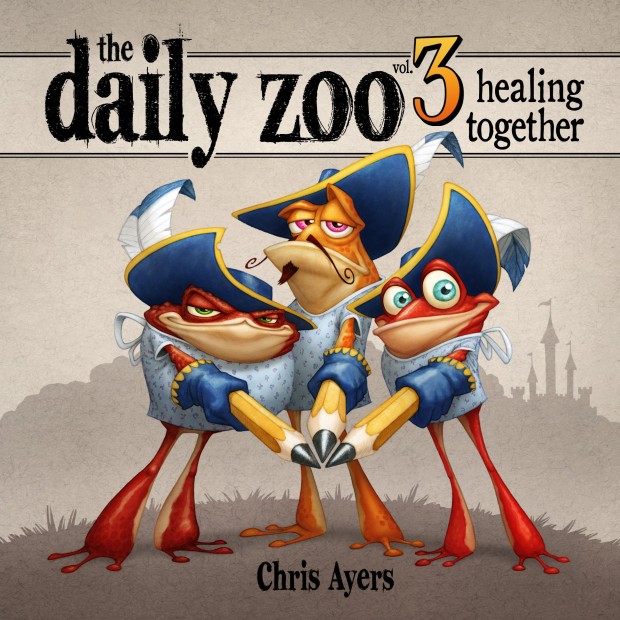 The Daily Zoo 3: Healing Together
By Chris Ayers

The third installment of Ayers’ personal take on art therapy has arrived, and marks year 10 o his recovery from leukemia with an engrossing blend of illustrated adventures. Begun in 2006 as a daily sketchbook project, the latest Daily Zoo collection once again offers an incredibly moving collection of animal drawings paired with musings on his personal journey — from the loss of dear friends and the recovery of others, to marriage, to parenthood.

Healing Together follows the tradition of The Daily Zoo, bringing readers into an imaginative playground where horses wear lipstick, tigers wear tuxedos and starfish might fight back. The series is an inspiring blend of artistic talent (Ayers’ resume as a character designer and concept artist includes Men in Black II and Fantastic Four)and personal exposition. And, once more, a portion of proceeds for Daily Zoo 3 will go to cancer research and charities.