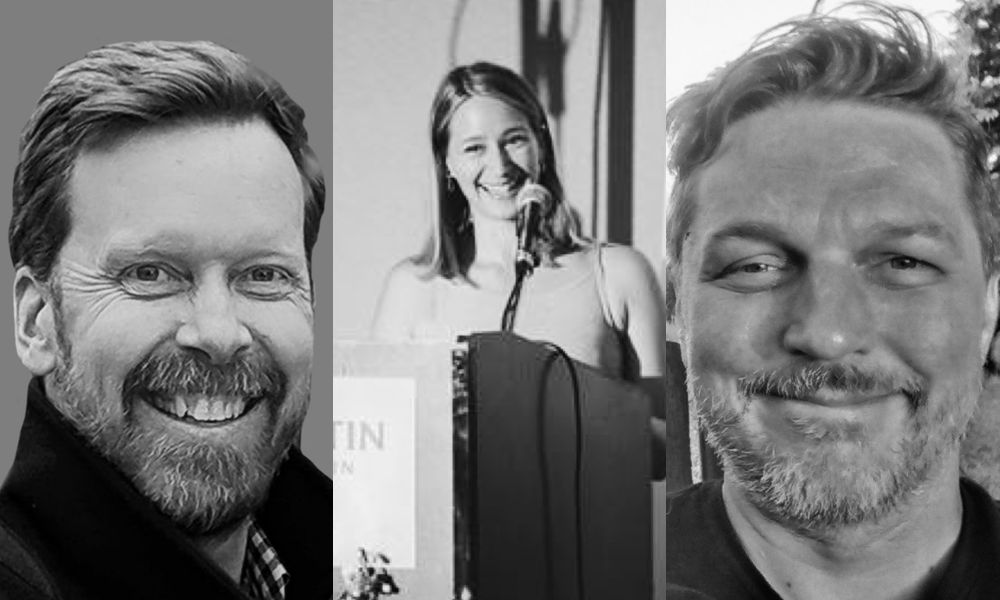 The hires come on the heels of a year of significant advancements at the intersection of creativity and technology for the company, despite the challenges amidst pandemic-spurred production shutdowns. In 2020, Zoic was awarded a coveted Epic MegaGrant to continue in-house virtual production R&D, furthering the company’s 20 year legacy in the space that originated with their proprietary ZEUS pipeline in 2009. Their innovations in LED technology for virtual filmmaking is already being leveraged on top series including the latest DC superhero drama for the CW, Superman & Lois, and the upcoming fantasy drama Sweet Tooth, coming to Netflix.

Wentworth joins Zoic from Method Studios, bringing over 25 years of experience in visual effects production for feature films, television dramas, commercials, and documentaries, spanning work on top projects including the Lord of the Rings trilogy, and episodic hits like The Boys and For All Mankind. Binga boasts a diverse background in animation, coming to Zoic from Ziva Dynamics and Pixomondo where she led projects such as Midway, Goosebumps and A Dog’s Way Home. Harrison comes to Zoic after several years at Pixomondo, where he worked on HBOMax’s Raised by Wolves and the Apple TV+ series SEE, among other projects.

“We are incredibly proud of our team continuing to make significant creative and technical achievements despite the challenges of the pandemic to the production industry,” noted Zoic Studios Co-Founder, Executive Creative Director Andrew Orloff. “I’m excited to expand that team with an amazing lineup of talent who will continue Zoic’s advancements in real time content and film quality visual effects for television.”

Australian native Craig Wentworth brings an extensive history in visual effects to his new post as Zoic VFX Supervisor, with experience working alongside pioneers in the industry including Peter Jackson and Sam Raimi. He served as a Lighting TD and Sequence Lead on the last two films of the Lord of the Rings trilogy before joining the innovative group on the “Battle of Helm’s Deep” sequence in The Two Towers. Eventually, Wentworth led the team behind the “Battle of Pelennor Fields” sequence in Return of the King, which, at the time, featured the largest number of digital creatures ever put on screen. Wentworth made his way to North America, where he worked at Sony Pictures Imageworks as a Digital FX Supervisor on numerous feature film projects with the award-winning Image-works Leadership, earning a personal VES nomination for Outstanding Compositing in the Tom Cruise sleeper hit Edge of Tomorrow. Most recently, he served as a VFX supervisor at Method Studios on popular features like Aquaman and Extraction. He graduated from Queensland University of Technology with a Bachelor’s Degree in Communication and Film and Television Production and began his career as a CG Generalist in Australia.

Animation Supervisor Patricia Binga brings a vibrant passion for the animation industry that has continued to flourish over two decades. From hand-animated cartoons to visual effects animation for feature films and television, she has done it all. Approaching her work with integrity and creativity, her genuine desire to continue to push her craft — and her team — has allowed her to continue to evolve as an artist. Entering the world of animation in a less than traditional manner, Binga pivoted her studies in architecture to entertainment, applying her drafting skills to bringing images to life through animation. She boasts 16 years of experience working on a wide range of projects including films such as Jurassic Park 4, Star Trek Beyond and Chappie, and top series such as For All Mankind, Legion and The Magicians.

VFX Producer Adam Harrison has over 12 years of experience managing projects for feature films, episodic and games. He has worked with companies such as Marvel, Disney, Microsoft, Warner Bros. and EA Sports to create award-winning projects involving CG animation, motion capture, live action, visual effects and motion graphics. As a VFX producer at Pixomondo, he received a VES nomination for Outstanding Supporting Visual Effects in 2019 for a sequence he produced for SEE. Prior to Pixomondo, Harrison was the Senior Producer at Goldtooth Creative, a boutique digital agency specializing in video game trailers and cinematics. He received his Diploma in Entertainment Business Management from Vancouver Film School and a BFA with a major in Writing from the University of Victoria.

Zoic Studios is an entertainment company based in Culver City, Calif., New York and Vancouver, BC, which creates computer-generated visual effects for film, television, commercials and video games. Recent credits include WandaVision, The Haunting of Bly Manor and Judas and the Black Messiah.