CEO of Marathon Media, Vincent Chalvon Demersay, is appointed Chief Strategy Officer for the group (a role in which he will work closely with Group COO Jonathan Slow and his team) and in which he will report to Group CEO David Frank. David Michel has been appointed Senior VP of Group Marketing, and remains general manager of Marathon Media. Valérie Tailland is promoted to Director of Group Communication, in addition to her role as Head of Communication for Zodiak France. All three are based in Paris.

These new appointments complement the establishment in London last year of the group’s Creativity & Innovation Unit headed by Cathy Rogers.

Zodiak Media has recently completed a successful refinancing of all its banking arrangements in local markets to bring control and management of group finance through one international syndicate of banks managed from Paris. The media group produces a large slate of international animated series, including Totally Spies, Rekkit Rabbit, Redakai, Waybuloo, Gormiti, Famous Five and Sally Bollywood.

Zodiak Media’s rebranding is supported by a new visual identity which can be seen now on its website www.zodiakmedia.com. 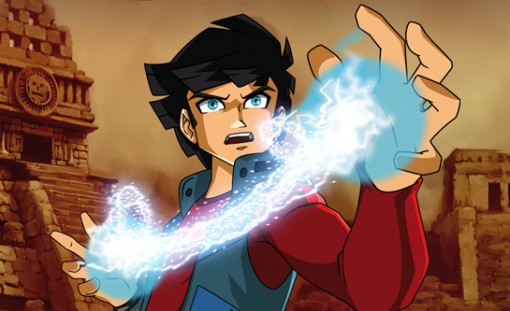