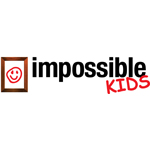 A veteran writer, producer and director, Woolley will be responsible for taking Impossible Kids’ slate of children’s and animated titles to broadcast and beyond in key territories around the world.

He previously worked with Disney U.K., Prism Entertainment, Lion Television, Red Planet Films, DC Thomson, Maggie and Rose, and Walker Books. He also was managing director of Tell-Tale Productions, which created and produced such children’s programs as Tweenies, Boo, BB3B, Fun Song Factory and a number of live children’s arena tours including Tweenies and Thomas the Tank Engine. He

Impossible Kids recently secured its first two commissions with 52 episodes of Buzz and Tell being produced for Cbeebies, and 52 episodes of Fleabag Monkeyface, an animated comedy series for 7 to12-year olds, currently in production for CITV.