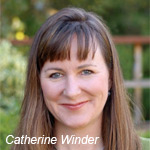 Catherine Winder, the president and exec producer at Vancouver’s Rainmaker Entertainment is expected to leave her post on June 30, says The Hollywood Reporter. The former Lucasfilm Animation exec joined the studio in 2009 and headed the company’s original family entertainment division. She plans to pursue other business opportunities.

“Catherine has brought a creative infusion and direction to Rainmaker and we appreciate her efforts in keeping Rainmaker at the forefront in a very competitive industry,” said Tim McElvaine, chairman of the board at Rainmaker Entertainment.

“I’ve enjoyed my time at Rainmaker. The company has a great team, and I remain highly supportive of Rainmaker and its opportunities ahead. I wish the team continued success,” Winder said in her own statement.

In April former Rainmaker Bryant Pike also left the digital studio to return to TV and film production with his own company, West E! Media in Vancouver. The studio has several features in various states of development and production, including Escape from Planet Earth (coming in February of 2013) and Tiger’s Apprentice, based on Laurence Yep’s young adult novel and Far Flung Adventures: Fergus Crane by Paul Stuart and Chris Reddell.