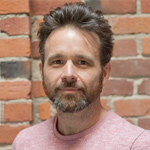 FuseFX has hired Emmy-nominated VFX Supervisor and Producer James Tichenor onto its Vancouver studio team. The Canadian native will produce and supervise visual effects for television, feature films and other media projects while working with Senior VFX Supervisor Jason Dowdeswell — head of FuseFX Vancouver — to broaden the capabilities and scope of FuseFX’s regional operations.

Tichenor spend the past two years at Western Post in Vancouver, where he was VFX Supervisor on a series of Netflix original movies. Prior to this, he was Development and Bidding Producer at Prime Focus World. In his career, Tichenor has also been posted at Sony Television, MGM Television, Entity FX and Prime Focus.

“James is well known in the Vancouver production community as someone who gets the best from his artists and consistently delivers great results,” noted Dowdeswell. “The diversity of his experience makes him a real asset in the facility and on the set.”