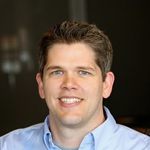 Accomplished VFX producer Chad Hudson, whose credits include The Walking Dead and Game of Thrones, has joined FuseFX. Based at the studio’s Los Angeles facility, Hudson is diving into a diverse production team creating effects for Fox’s Sleepy Hollow and pilots for CBS and Amazon, among other TV projects in the works.

Hudson comes to FuseFX from Rhythm & Hues, where he worked on commercial and television projects, including as vfx producer on Game of Thrones episode “The Dance of Dragons,” which won the 2016 Emmy Award for Outstanding Special Visual Effects. He also contributed to 10 episodes of The Walking Dead and the theme park attraction The Marvel Experience.

Previously, Hudson filled vfx roles with Lionsgate and Universal Pictures, his credits including Jurassic World and The Hunger Games: Mockingjay – Parts 1 & 2, and a previous three-year stint at R&H during which he was vfx coordinator on Oscar winner Life of Pi, Grown Ups 2 and Percy Jackson: Sea of Monsters.