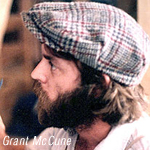 Grant McCune, a pioneer in model-making for visual effects who won an Oscar for his work on the original Star Wars, has died at the age of 67.

McCune crafted models for many of the big feature films of the late 1970s and 1980s, as well as on television projects such as the original Battlestar Galactica.Other film he worked on included Star Trek: The Motion Picture, Caddyshack, Firefox, Spaceballs, Ghostbusters II, Speed, Batman Forever, Sphere and Rambo.

McCune also founded his own company, Grant McCune Design, after a long stint at Apogee that began with Star Trek: The Motion Picture, for which he was nominated for a best visual-effects Oscar.

McCune died at his home from complications related to pancreatic cancer.