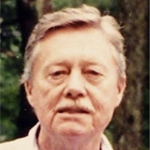 Oscar-nominated visual effects artist, art director and illustrator George Jenson — whose credits include sci-fi classics Close Encounters of the Third Kind (1977), Star Wars: Return of the Jedi (1983) and several animated series– died May 25 in Henderson, Nevada, of complications from melanoma. He was 87 years old.

Born June 24, 1930 in Calgary, Alberta, Jenson moved to Los Angeles with his family at age six. After serving with the US Army in Germany during the Korean War, he attended the Art Students League in New York City on the GI Bill.

Jenson entered the entertainment industry in 1964 as a production illustrator and storyboard artist at Fox on series such as Lost in Space, Voyage to the Bottom of the Sea and Land of the Giants. He then transitioned to cartoons as a layout artist/illustrator at Filmation from 1972-75, where he worked on colorful projects like Star Trek: The Animated Series, My Favorite Martians, Mission: Magic! and Lassie’s Rescue Rangers. Jenson refocused on live-action feature films, working as a production illustrator on Escape to Witch Mountain (1975) and Logan’s Run (1976).

Steven Spielberg then hired Jenson on as his production illustrator for Close Encounters of the Third Kind and 1941, and the artist continued to lend his talents to a variety of titles — from 9 to 5 (1980) to Red Dawn (1984) — while maintaining a specialization in sci-fi. Jenson received his Oscar nomination for his contribution to the visual effects of Peter Hyams’ 2010: The Year We Make Contact, a sequel to Stanley Kubrick’s 2001: A Space Odyssey released in 1984.

The artist was predeceased by his older brother, stuntman and character actor Roy Jenson (China Town, Soylent Green) in 2007. George Jenson is survived by his wife, Susie, and children Karen, Eric and Brian.

Trailer: ‘Luis and the Aliens’ Crash Lands with Viva, DIRECTV
‘44 Cats’ Will Be Purring Across LatAm on Discovery Kids