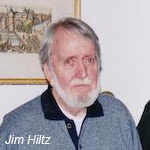 The Animation Guild Blog reports that veteran animator, director and teacher Jim Hiltz has passed away at the age of 85. Best known for directing Jay Ward’s Rocky and His Friends, The Bullwinkle Show, Super Chicken and George of the Jungle TV series and the 1980 Oscar-nominated short History of the World in Three Minutes Flat, Hiltz had a long career working at production studios such at TerryToons, FilmFair, Bill Melendez Studios and Michael Mills Studios.

He directed the 1965 TV series The Beatles and worked as an animator on the 1968 feature Yellow Submarine. His animation credits also include the TV movies The Raccoons on Ice (1981), The Racoons and the Lost Star (1983) The Care Bears in the Land Without Feelings (1983) and The Care Bears Battle the Freeze Machine (1984), and the series The Adventures of Teddy Ruxpin (1987), The Raccoons (1985-1987), The Smoggies  (1989) and The Little Flying Bears (1990). During the 1990s, he worked on The Legend of White Fang, Spirou, David Copperfield, The Busy World of Richard Scarry and The Country Mouse and the City Mouse Adventures.

Emmy-winning director Eddy Houchins who worked with Hiltz in the beginning of his career recalls, “As a young ani­ma­tor, I got my first ‘real’ job at Michael Mills’ place in 1980 and imme­di­ately met Jim who took me and all the other young ani­ma­tors under his wing. In those days, we had not just respect, but down­right AWE for the older guys who had ‘been there.’ We hung on his every word and stud­ied his pen­cil tests frame by frame, soak­ing up his draw­ing skills and tim­ing finesse. At night, after he’d go home, we’d slip into his office and sit and flip his draw­ings on a light table just to study ‘the real thing.’ I learned more about ani­ma­tion from my three years work­ing under Jim as my direc­tor than I ever learned in school or on any other job.” 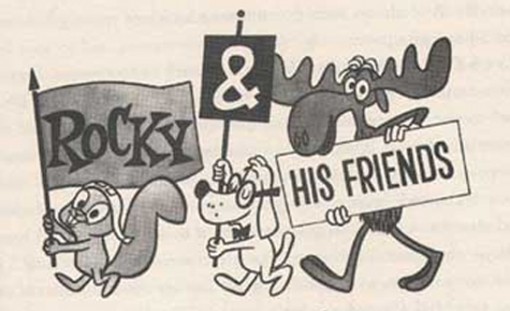 Rocky and His Friends

“After his stint at Mills, he free­lanced and taught at Con­cor­dia Uni­ver­sity for awhile, and, I sup­pose, even­tu­ally retired.” Houch­ins adds. “I remem­ber I was at the Ottawa [Inter­na­tional Ani­ma­tion] Fes­ti­val with him in 1983, and June Foray and Bill Scott were there and per­formed a Rocky and Bull­win­kle script live to our delight. After­wards, I was stand­ing with Jim in the lobby and when June walked out, he said to me, ‘Hang on, I have to say hello to an old friend.’ He walked up to June, said, ‘Remem­ber me?’ and she screamed, ‘JIM!!!’ and prac­ti­cally jumped into his arms. Maybe you guys can break the news to her. I sure can’t.”

You may also like...
Related Topics:Bill Melendez Studios, Bill Scott, David Copperfield, Eddy Houchins, FilmFair, George of the Jungle, History of the World in Three Minutes Flat, Jay Ward, Jim Hiltz, June Foray, Michael Mills, Michael Mills Studios, Ottawa Inter­na­tional Ani­ma­tion Fes­ti­val, Rocky and His Friends, Spirou, Super Chicken, Terrytoons, The Adventures of Teddy Ruxpin, The Animation Guild, The Beatles, The Bullwinkle Show, The Busy World of Richard Scarry, The Care Bears Battle the Freeze Machine, The Care Bears in the Land Without Feelings, The Country Mouse and the City Mouse Adventures, The Legend of White Fang, The Little Flying Bears, The Raccoons, The Raccoons on Ice, The Racoons and the Lost Star, The Smoggies, Yellow Submarine