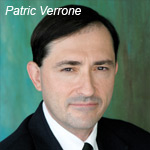 Former Writers Guild of America, West (WGAW) president and Emmy and WGA Award-winning writer Patric M. Verrone will receive the WGAW’s 2012 Morgan Cox Award in recognition of his service to the Guild, the organization announced. Verrone will be honored at the ceremony set for Sunday, February 19 at the Hollywood Palladium.

“Patric Verrone has dedicated much of his professional life in service to this Guild and to its members. He is the embodiment of all the qualities that the Morgan Cox Award celebrates and was the unanimous choice of this year’s committee. As he has honored us, it is our great pleasure to honor him now,” said WGAW president Christopher Keyser.

The successful TV writer, with credits spanning The Tonight Show Starring Johnny Carson through The Simpsons and Futurama, is perhaps best known for his two-term presidency of the WGAW (2005-09) during which he lead the Guild through the 100-day writers’ strike of winter 2007-08 and played a pivotal role in contract negotiations which resulted in the Guild gaining jurisdiction over new media on the Internet. Verrone’s animation writing credits also include  The Critic, Pinky and the Brain, Rugrats and Class of 3000. He has received nine Emmy nominations and won three—two for Futurama (2002 & 2011, Outstanding Animated Program) and one for Muppets Tonight! (1998, Outstanding Children’s Program). 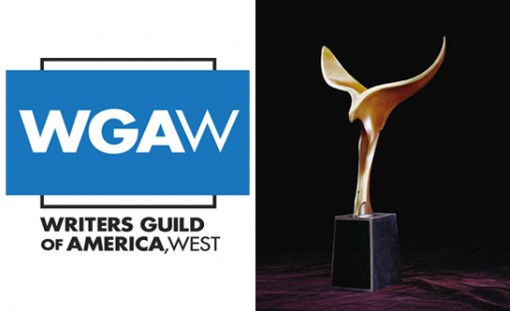 A member since 1987, Verrone’s service to the Guild began in 1998 when as a member of the Animation Writers Caucus Steering Committee and writer/producer of Futurama he helped organize the Guild’s first contract for primetime animation writers—covering Simpsons, King of the Hill, Futurama and Famiy Guy. Read more about Verrone and the WGA Awards at www.wga.org.