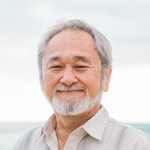 Stan Sakai, the acclaimed cartoonist and creator of Usagi Yojimbo, has been named the recipient of the inaugural Joe Kubert Distinguished Storyteller Award. The announcement was made on Saturday, May 19 at a ceremony at the second annual Comic Con Revolution in Ontario, California. The award is designed to recognize outstanding comic-book creators who exemplify both Joe Kubert’s artistic talent and his commitment to nurturing the comic-book community.

“Alongside industry award icons Eisner and Kurtzman, we now have the Joe Kubert Distinguished Storyteller Award brought to us by the team at Atomic Crush Events to honor my father and his legacy,” said Andy Kubert. “Stan Sakai has brought his own ongoing legacy to our field that will be looked upon for generations to come. He is a perfect choice for the first Joe Kubert Distinguished Storyteller Award.”

“I couldn’t think of a better and more qualified artist to be the first recipient than Stan Sakai!” said Adam Kubert. “Dad would be humbled and proud!”

Although Sakai was unable to attend the ceremony, a prepared statement was read on his behalf:

“I had been a fan of Joe Kubert from the time I discovered Sgt. Rock and Hawkman in the ’60s. Enemy Ace is still a high water mark that very few have equaled and none have surpassed. I met Joe through a mutual friend, Sergio Aragones, and I was privileged to speak to him many times, and each time was memorable. I admired Joe’s powerful art, his flawless compositions and his brilliant storytelling but, most of all, I admired his dedication to the craft of creating comics and his desire to pass on that love and knowledge to young creators with the Joe Kubert School of Cartoon and Graphic Art. It is a very great honor to receive this inaugural Joe Kubert Distinguished Storyteller Award at Comic Con Revolution Ontario.”

Sakai began his career lettering comic books while he perfected his art. He wrote and illustrated The Adventures of Nilson Groundthumper and Hermy; a comic series with a medieval setting, influenced by Aragones’ Groo the Wanderer. The characters first appeared in Albedo #1 in 1984, and were subsequently featured in issues of Critters, GrimJack, Amazing Heroes and Furrlough. Sakai became famous with the creation of the epic saga of Miyamoto Usagi, a samurai rabbit living in late 16th and early 17th century Japan. Usagi Yojimbo, first published in 1984, continues to this day. In 2013, Sakai illustrated the limited comic book series 47 Ronin, an adaptation of the famed story written by Dark Horse Comics publisher Mike Richardson, with Lone Wolf and Cub writer Kazuo Koike as an editorial consultant. Last year, it was announced that Gaumont had optioned Usagi Yojimbo to develop as an animated series.

“I can’t think of a better way to honor the legacy of Joe Kubert than by the three-pronged project we’ve undertaken with the Kubert School,” said Comic Con Revolution Co-Founder Mike Scigliano.

Joe Kubert (1926-2012) wa a Polish-born American comic-book artist and founder of The Kubert School in Dover, New Jersey. Active from the 1940s through to his final years, Kubert is most remembered for his work on DC’s Sgt. Rock and Hawkman heroes, as well as personalities of his own invention including the Viking Prince and Tor, Son of Sinbad. Kubert was inducted into both the Harvey Awards Jack Kirby Hall of Fame (1997) and the Will Eisner Comic Book Hall of Fame (1998). His sons Andy and Adam continue his legacy as successful comic-book artists, as do many of his former students.

In addition to the award, the Joe Kubert Future Storyteller Scholarship is being established by Atomic Crush Events for first and second year students of The Kubert School, while the Joe Kubert Jumpstart Project will help graduates begin their career. The recipient of the Jumpstart Project will be named by the school at this year’s graduation, and the scholarship will go into effect next year, allowing current students time to apply.

More about Comic Con Revolution and the Joe Kubert award at comicconrevolution.com/ontario. 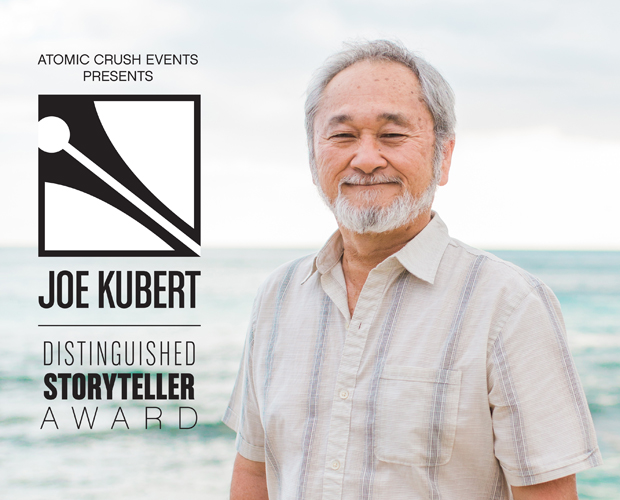