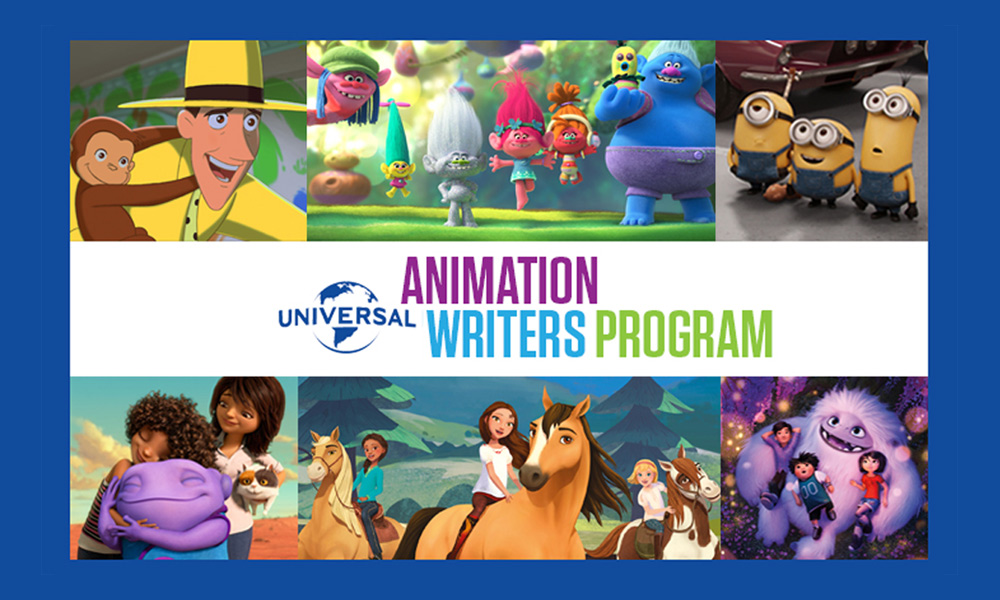 The one-year, paid program will partner with business units and production entities affiliated with UFEG, including DreamWorks Animation, Illumination and Universal 1440 Entertainment. The program identifies and develops an inclusive group of talent who can build upon the Studio’s commitment to telling stories with unique narratives that appeal to and reflect the vast diversity of its audiences.

Writers applying for the Universal Animation Writers Program have the option to submit writing samples for a Film Track, or one of two Television Tracks catered towards a different audience demographic: Preschool ages 3-5 or Kids ages 6-11. Throughout the program, writers selected for the Film Track will write two feature-length scripts for development consideration, and writers for the Television Tracks will develop two pilot scripts. All writers in the program will collaborate with GTDI executives, animation creative executives from UFEG and producers as they develop materials.

“Representation in the family entertainment space is so important as all young audiences should be able to see themselves and their families portrayed on screen,” said Janine Jones-Clark, SVP, Global Talent Development & Inclusion, UFEG. “We’re excited to further expand on our commitment to make authentic content with this animation-focused program, and we look forward to harnessing more access and awareness for emerging voices in both film and television who want to make an impact on family audiences everywhere by telling their own stories.”

The application can be found at www.UniversalTalentDevelopment.com and will be available through December 16, 2019, with the Program commencing in June 2020.

Since its inception 2017, GTDI has cultivated and instated programs and initiatives to identify and develop a pool of creative talent that continues to work and succeed within the studio’s system, including the Universal Writers Program, Universal Directors Initiative and Universal Composers Initiative. Alumni of these initiatives have already garnered success on various projects including, Omid Ghaffarian from the 2018 Writers Program, who is currently developing an untitled project with Universal Pictures and was the first person in the history of the program to be extended by the studio to continue to develop a script; Gandja Monteiro, who will be directing her first feature film with Universal’s Talent Show; and Amie Doherty, who recently scored Colin Trevorrow’s Jurassic World short Battle at Big Rock and the DreamWorks Animation short Marooned.

GTDI’s multi-tiered approach includes developing pipeline talent; tracking creative, below-the-line and workforce talent; providing diversity and inclusion notes and recommendations to production; and leading the studio’s outreach efforts. The department is a resource for all divisions within UFEG including Universal Pictures, Focus Features and DreamWorks Animation, as well as NBCU’s Fandango and Rotten Tomatoes.