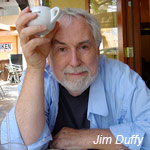 We are sad to report the passing of TV animation veteran Jim Duffy this weekend after a long battle with cancer. He passed peacefully at home in his sleep surrounded by his family at the age of 75.

Duffy was born in the U.S., but spent his career between London and Los Angeles. Throughout his illustrious career, he worked on over 400 half-hours of animated TV series, commercials, and National Coal Board Safety Films as a director, animator, producer, writer, tracer/painter, storyboard artist, and/or designer. He received three Emmy awards for his work on Rugrats and 12 noms for Rugrats, As Told By Ginger, Captain Planet and the Planeteers and Aaahh!!! Real Monsters.

He began his career in the late 1970s and early 1980s, working as an animator on shows such as Hanna-Barbera’s series Smurfs, Super Friends and The New Scooby and Scrappy-Doo Show. In addition to Rugrats, Aaahh!! Real Monsters Rugrats and As Told by Ginger, he worked on a number of shows at L.A. studio Klasky Csupo, including Rocket Power, Duckman, All Grown Up and Immigrants: La Dolce Vita. Jem, G.I. Joe, Ghostbusters and Teenage Mutant Ninja Turtles were some of his other popular projects during the 1980s.

“Jim Duffy will be greatly missed,” said animation producer Mary Harrington who worked with him on Rugrats and Aaahh! Real Monsters.” I was so lucky to have had the opportunity to work closely with this talented director for several years. I learned so much working with him as did many of the greatest artists in our industry who also had the opportunity to work with Jim. He was a kind and quiet leader who leaves an extraordinary legacy of great films that we his friends and fans may enjoy forever.”

“Jim Duffy was an unusual talent as he never told anyone how good he was,” said noted animation director Jimmy Murakami (When the Wind Blows, The Snowman). 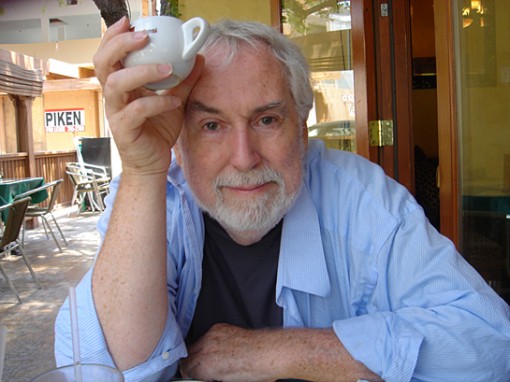 Jerry Hibbert, another former colleague, added, “You didn’t really work with Jim. You could work at the next desk to Jim, as I did for several years. Jim liked to work solo. He wrote his own scripts, did his own keys, his own in-betweens, his own trace and paint. But he also liked people around him. He was the gentlest, kindest, most generous man you could imagine, and completely absorbed in his family, his friends—and animation.”

Services will be held this Saturday (March 31) at 2:30 p.m. in the old brick church at Forest Lawn in Hollywood, Calif.