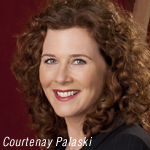 In her expanded role, Palaski will oversee development and implementation of the public relations efforts surrounding all series programs for Cartoon Network, Adult Swim and Boomerang. Palaski is based in Los Angeles and reports directly to James Anderson, senior VP of public relations for the Animation, Young Adults & Kids Media Group. She also will working closely with the executives and creators at Cartoon Network Studios in Burbank and Williams Street Studios in Atlanta.

Before starting with Cartoon Network in 1998, Palaski worked in development at TNT and then in publicity for Turner Pictures. Prior to Turner Broadcasting, Palaski worked at the Samuel Goldwyn Company and The New Yorker.

An east coast native, Palaski earned a bachelor of arts degree in foreign affairs from the University of Virginia.