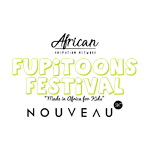 The first ever edition of the FupiToons short film festival has come and gone in Johannesburg, South Africa, and the co-organizers have provided us with a Q&A review of how this inaugural event came off — and what the future holds — with Turner’s Senior Programming & Acquisitions Manager, Ariane Suveg; African Animation Network Founder, Nick Wilson; Howard James Fyvie and Andrew John Philips from Punch Monkey Studios.

Can you please tell us more about the Cartoon Network Imagination Studio shorts that premiered at the FupiToons Festivals this year?

Andrew Philips: Firstly you get Llama Drama, which is about two crazy llamas who are called Pete and Mac and they go on adventures solving crimes together. Then you have The Great Escape, which is about these two pizza slices who are trying to escape from a pizza box, it’s kind of a prison break meets pizza. Then we have these two girls, The Doodling Duo, where anything they draw just comes to life and they attack a giant slug monster. And the last one is Smarter Phones, live smartphones, and they walk and talk and they go and visit the internet and they go on these crazy journeys like solving the great mysteries of life, such as: are banana peels really that slippery?

Howard Fyvie: So those are the four Cartoon Network Imagination Studios animated shorts that were screened at FupiToons, but you can also catch them on Cartoon Network across Africa on 11th December, just in time for the festive season!

What aspects did you have to take into consideration when coming up with Imagination Studios?

Ariane Suveg: With Imagination Studios it was really important for us to have the input of the kids, because the initiative is based on kids’ imaginations, so we really want to give special value to kids’ imaginations. We want to encourage the fact that they can create content on their own, so we have asked them to send us their drawings and we have animated these drawings into real animated shorts which were premiered at the FupiToons Festival and will be aired this December on Cartoon Network.

What is the relationship between African Animation Network, Turner and Punch Monkey like?

Fyvie: It was amazing. I mean, the beautiful thing is having someone who’s been doing this for so long like Turner, they know the game, they know the climate of animation and what children want these days. To have that kind of input in your project from our side was amazing.

Philips: We were like little kids; they were like holding our hand and helping us cross the road.

Fyvie: Helping us cross a busy road with cars, and then Nick Wilson from AAN, he does a great job of just connecting people; I mean he is probably the most connected person in this corner of the room.

Philips: He is the African Animation Network.

Fyvie: And he’s put his heart and soul into this, into making these relationships, you can see that he is driven by passion. We sometimes like wonder, man you work so hard, like what’s making him do all this? I think at the end of the day he sees something that a lot of people don’t and he’s going for it and we support him: We think that it’s cool, and we want to keep on making great stuff with him.

Philips: We like these guys, we love to work with them.

The relationship with Punch Monkey Studios is on a content creation level, so we’ve been on journey with Turner, they were the naming partners of the Turner Animation Kids pitching competition. Punch Monkey won that competition. Turner, and Ariane in particular, have been mentoring the two writers, Andrew and Howard. They were then pulled into the Cartoon Network Imagination Studios project to write four shorts and their journey is continuing with Turner this year as they are also the naming partners for the Turner TV series. There’s multiple connections that are at several levels of engagement between the three entities.

What does this partnership mean for Turner?

Suveg: At Turner, we really want to commit ourselves to developing local content here in Africa for our kids’ channels, so this partnership with AAN, but also with local creators such as Punch Monkey Studios, is really for us a very good relationship to have to create new content which is really engaging to our local audience. We have been partnering – last year for the first time – at DISCOP, and this year again we were involved in the animation pitch competition, we have been involved also in the Fupitoons Festival so I think it’s really a good feed between partners and that’s what we are looking for, it’s to create good partnerships here with local creators, local talents and animation associations, to join our skills in order to deliver local relevant content.

What does the future hold for AAN and Turner?

Wilson: From an African Animation Network perspective, we haven’t gotten that far, we’ve pretty much been in existence for only a year and we’ve made some tremendous strides as a collective across the continent and we want to continue this journey with Turner, they are one of the major animation broadcasters globally and they have the skills and experience we require as an African industry to be able to grow. They are playing a pivotal role in a lot of what we are doing as mentors.

Suveg: What we have done in the past two years is only the beginning for a great collaboration between a global brand, local producers and animation associations. Now, we have this experience and we now want to expand our commitment in the coming months and years. We are going to work to develop these partnerships around the creation of a new shorts films format and work on more long term projects in animation. We have worked a lot with Punch Monkey Studios which has been a very good project for us, allowing us to develop local content, but we also want to give this project a global extension in the future. The final goal is for us to deliver local content here in Africa and we don’t want to focus only on South Africa but to be relevant in other territories, too. We’d like to explore all the talent, ideas and all the creativity that also exists in other African territories.

Wilson: Just to elaborate on what Ariane has just said, we are also in discussion about expanding the program for Imagination Studios into the future by creating something of an accelerator or a lab and there’s also discussions about creating opportunities for African animated content on Turner’s broadcast channels, those are very exciting discussions, we can’t go into much detail at the moment but we’ll share it with you in the near future!

What are your future plans as Punch Monkey?

Fyvie: In a nutshell, we plan on taking over the world – number one.

Philips: One cartoon at a time.

Fyvie: One child’s mind at a time. We’ve currently got a show that is in close negotiations with a major network, which we hope will happen soon, then we’ll end up making a pilot from that show and if it works then hopefully it will go on to TV and we’ll have a show; besides that we have a couple of other ideas in development and we want to make stuff. 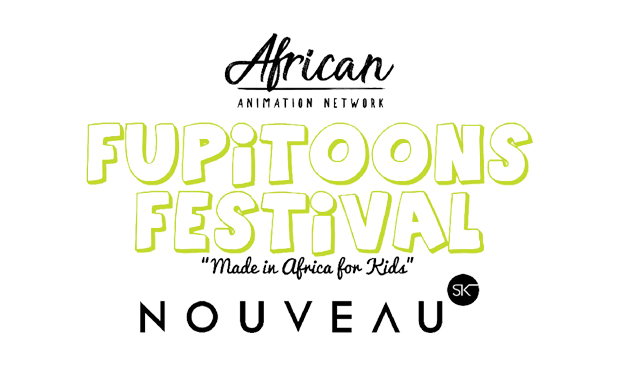