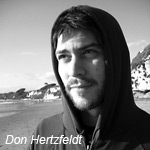 The Toronto Animation Arts Festival International has announced it will present an evening with Oscar-nominated indie animator Don Hertzfeldt, which will include a screening of his latest film It’s Such a Beautiful Day, set for March 5 at The Royal Cinema.

The sole Canadian engagement for “An Evening with Don Hertzfeldt” will include the screening of the entire Everything Will Be OK trilogy, of which Beautiful Day is the final installment. The films will be followed by a live on-stage interview and audience chat with the animator. Hertzfeldt’s latest effort is at 23 minutes his longest and most ambitious project to date, blending multiple animations and photography techniques. The film recently screened as part of the Sundance Film Festival’s shorts program in January.

Tickets to the screening and exclusive after party are available now at www.taafi.com/donhertzfeldt; proceeds will go to support the inaugural TAAFI event taking place July 6-8 this year. 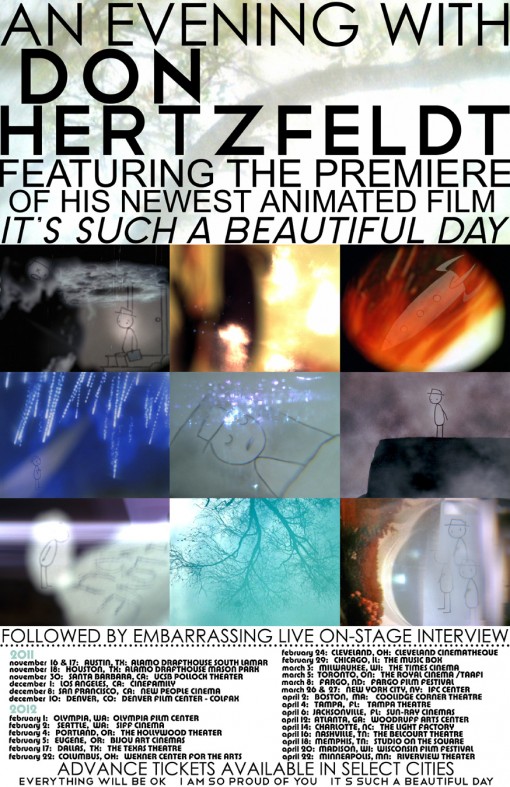 "An Evening with Don Hertzfeldt"

You may also like...
Related Topics:An Evening with Don Hertzfeldt, Don Hertzfeldt, Everything Will Be OK, It’s Such a Beautiful Day, sundance film festival, TAAFI, The Toronto Animation Arts Festival International