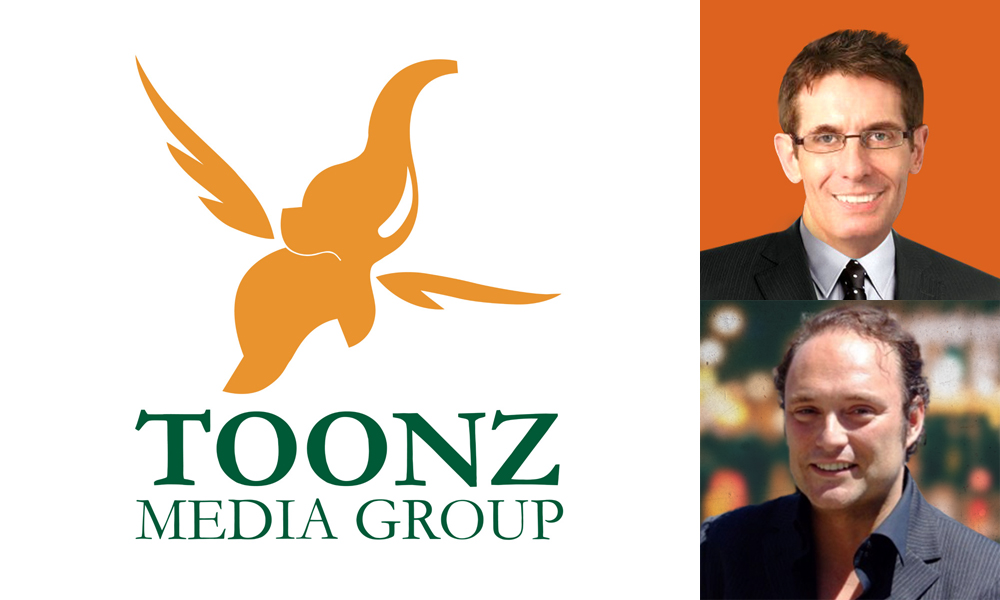 Toonz Media Group, in line with its global expansion process — and this year celebrating its 20th anniversary — announces a change in leadership at Imira Entertainment. Paul Robinson, who has been Imira’s CEO since December 2017, is resigning his post to take on a key strategic role within the Toonz Media Group; and Carlos Biern has been appointed as Toonz’s new President of Animation Productions & Co-productions.

Robinson will provide strategic advice to the Toonz Media Group and will continue to head the Canal Clan International joint venture with RTVE, Malish TV Russia and other platform initiatives worldwide, as well as strategic alliances for the group. As part of this operational and strategic restructuring, Imira’s operational matters and responsibilities will be taken over directly by Biern and his executive team.

Robinson, an international media exec with vast experience in the global kids and family entertainment industry having held senior exec positions at the BBC, The Walt Disney Company, and NBC Universal, joined Imira as interim CEO to lead the Spain-based rights management and distribution company forward and to build the distributor’s international presence and align the company from a new business perspective. He will continue to work with the Toonz group and different entertainment divisions, reporting directly to Group CEO P. Jayakumar.

Biern, a long-time kids and family exec who is President of the Spanish Federation of Animation & Visual Effects Producers (DIBOOS), has been appointed President of Animation Production and Co-production at Toonz Media Group, overseeing all international productions and co-productions of the group and its companies; and will take on an operational role within Imira from both a management perspective and to build on projects initiated under Robinson’s helm, working alongside P. Jayakumar and the Imira team, as well as Robinson, now in his new role.

“We thank Paul for his service over these past 18 months and are delighted to continue to benefit from his expertise and extensive experience as we expand across all our entertainment divisions, and welcome Carlos who brings with him a valuable knowledge and years of experience in the international as well as the Spanish arena,” commented P. Jayakumar.

Robinson added, “It has been a pleasure to lead a wonderful team of people and to contribute to help make a Spanish distribution company a little more global and worldwide in its reach and aspirations. The global market is changing rapidly, and there is an imperative for us to continue to develop new routes to market and strategically serve our customers better whilst developing new business opportunities.”

“I am delighted to be joining such a vibrant entertainment group and working with both Imira and Toonz experienced teams. I am extremely happy to take this role to build even more our presence by incorporating the best creative talent in kids and family entertainment from all over the world,” Biern said of his appointment.