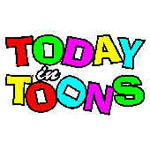 Donald D. Markstein, a longtime fan and activist for comics and animation and creator of the Toonopedia website, has died due to respiratory failure at age 65.

According to his biography at the Toonpedia website, Markstein fell in love with cartoons and comics at an early age. He accumulated tens of thousands of comics and hundreds of hours of animation throughout his life.

A writer and editor by trade, he was active in fan circles and created in 1981 with his wife the Apatoons co-operative publication. He edited A Prince Valiant Companion in 1992 and Hot Tips from Top Comics Creators in 1994. He also was editor of Comics Revue, a magazine that reprinted old comic strips, and – like his idol, Carl Barks — wrote Walt Disney comic books as well as comics tales for the Mighty Morphin Power Rangers, Eek! the Cat and other characters.

Markstein started the Toonopedia in 1999, and updated it daily with entries on the history of animation and comic books. Among the more popular feature on the site is Today in Toons, a daily glimpse into the past of comics and animation.