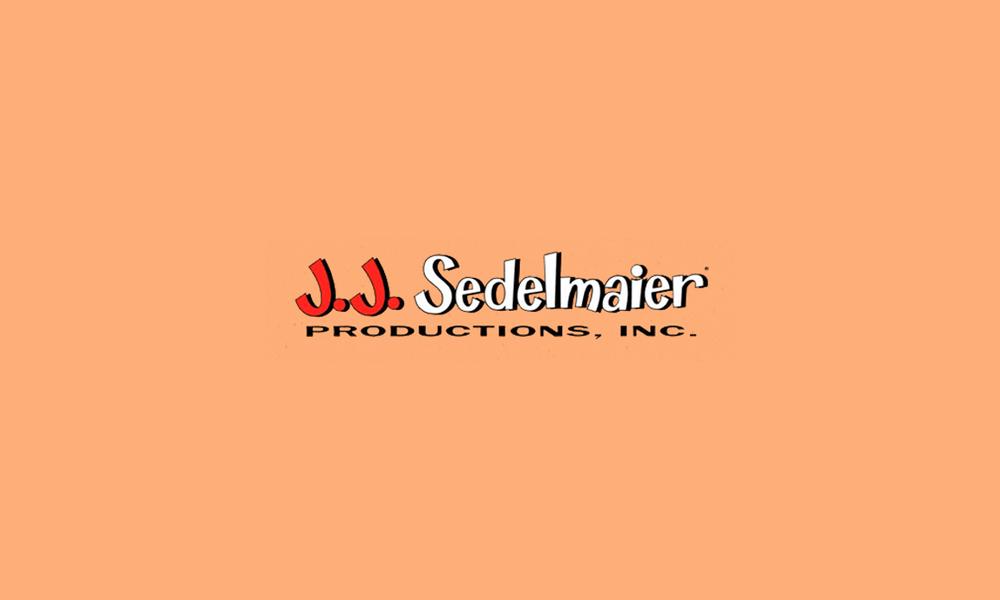 Pop culture connoisseurs recognize the amazing J.J. Sedelmaier for his influential Saturday TV Funhouse and The Ambiguously Gay Duo shorts for SNL and producing the first season of MTV’s Beavis and Butt-Head. But true animation fans know that the talented Mr. Sedelmaier and his wife Patrice are celebrating the 30th anniversary of their New York-based animation/graphic design studio in July. We had a chance to chat with the Annie Award-winning illustrator, designer, author and film director/producer on this special occasion. 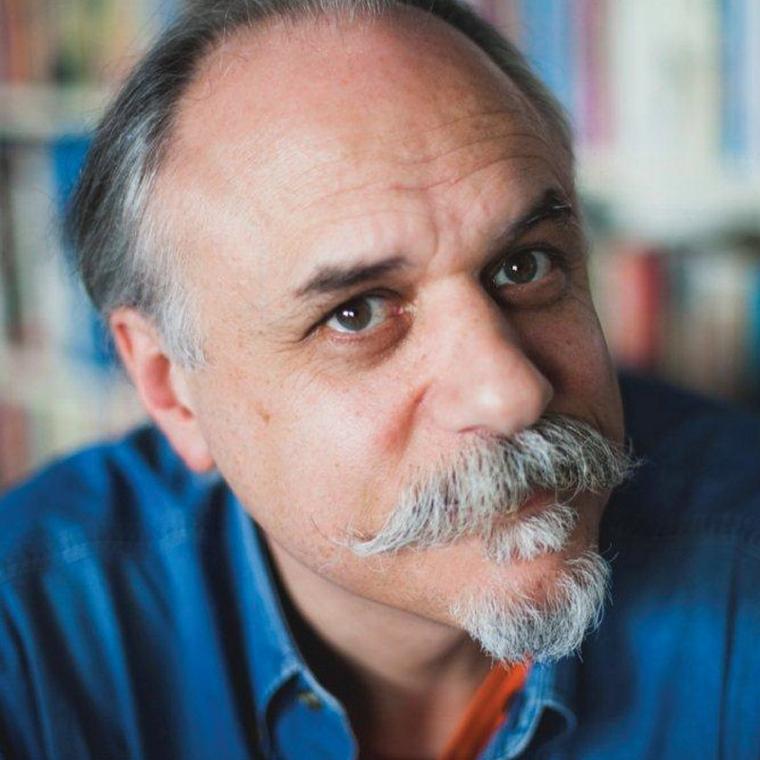 Can you tell us a little bit about how you started out in the business?

J.J. Sedelmaier: I think I always knew I wanted to be a part of the art world, especially comic books. From grade school on, I was steeped in drawing and other creative stuff. My mom was a graphic designer/painter and my dad was a filmmaker (he did the “Where’s The Beef?” ads). They met at Chicago’s Art Institute. So I received plenty of encouragement and support. After I finished college, my strategy was twofold: If I wanted to get into animation, I’d move to the West Coast. If the comic-book industry was what I wanted to explore, I’d move to New York. I had been to NYC visiting relatives just about every Christmas of my life, so I chose NY and comic books. After taking my portfolio around to the few companies in the city, I found that my fantasy bubble of drawing superheroes had popped. Patrice stepped in and encouraged (poked) me to take my work around to more places and people. As soon as I did, I was asked more than once if I was interested in animation… Who knew there was animation in NY? It took off from there.

What was your first job in the animation business?

My first studio job was at Perpetual Motion Pictures (Feb. 1981) working as an inbetweener on Strawberry Shortcake in Big Apple City. From there, I went to Perpetual Animation, then Buzzco, and then R.O. Blechman’s The Ink Tank from May 1984 through 1990. My wife Patrice and I incorporated J.J. Sedelmaier Productions on July 12, 1990.

As you look back, what are the secrets to your success?

Well, first and foremost, having a business partner in Patrice has made the past three decades more worthwhile than anything else I can think of. The level of investment that we have in the company and the industry is unparalleled. Also, our desperate desire to stay at a small, manageable size. It gives you much better control and allows the focus to be on the work as opposed to managing and juggling people. Infinite patience and a basic appreciation of working and collaborating with other people helps most certainly. I get grumpy when the emphasis strays from that and becomes political, etc. There’s absolutely nothing better than when you find a partner or partners to play with on a project. Being in sync and acting as a support system for each other is what it’s all about! And the other cherished decision we made was to do it in White Plains, NY, close to our home. It gave us so much more control over how Patrice and I could balance our personal and business lives. 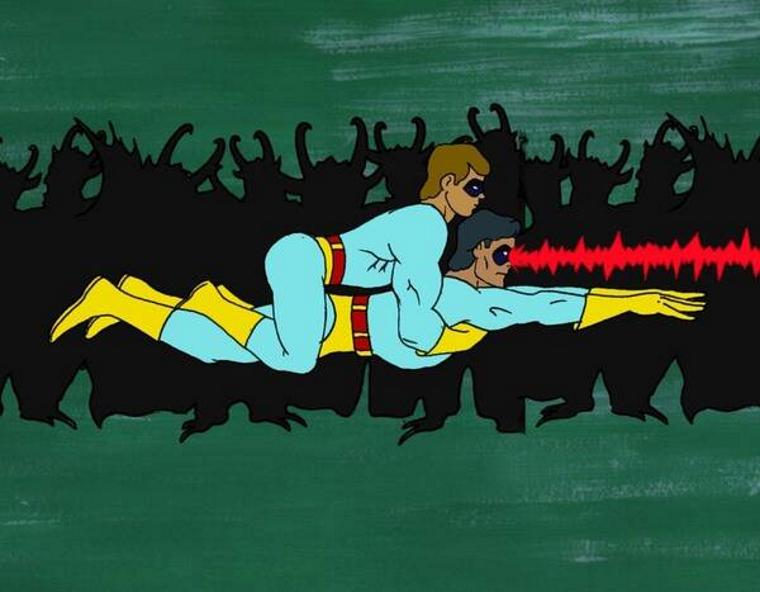 What are some of your best career memories?

Too many… but always at the top of the list is all the talented folks I’ve been able to work with. Whether they’re employees, artists, ad agency or network peeps, it’s the people you get to spend your time with! Some of the cartoonists and designers I’ve been lucky to play with are: Al Hirschfeld, Seymour Chwast, Al Jaffee, Don Martin, Patrick McDonnell, Peter de Sève, Bill Plympton, Sue Rose, George Booth, Garry Trudeau, Berkeley Breathed, Lee Lorenz, Sempé, David Levine, Neal Adams, Ed Sorel, M.K. Brown, Rick Meyerowitz, Lenny Glasser, Lou Myers, Gary Baseman, Guy Billout, Joost Swarte, Barry Blitt … these are my idols!

What were some of the biggest nightmares?

Not too many, really. Doing Beavis and expanding from four or five people to 60 was a trip. We found out only after signing on that it had been passed around to just about any studio that would consider it. We were the only ones willing (whacky enough) to take it on, but only because we could do it digitally. I’ve always been thankful for B&BH making us realize so early on that we’re a “small studio” kinda company, and not into being big for bigness sake. I’ve seen so many other studios becoming behemoths and losing sight of their original mission, then imploding.

What are you currently working on?

Finishing up a fourth spot for an award-winning campaign we started two years ago for Regional Hospice in Connecticut. It uses cartoon animation (and even humor), to deal with the difficult subject of hospice care — for old and young candidates.

How do you survive the changing tastes and new technology preferences in the business?

It helps to be known for doing edgy humor and parody. It’s also been very handy to have been able to work in any style and/or technique. Through the years, we’ve done work in an endless variety of 2D styles, CG, stop-motion and live/animation combos. The work we did with Robert Smigel for SNL left us a very special brand.

Favorite animated movies and TV shows of all time? 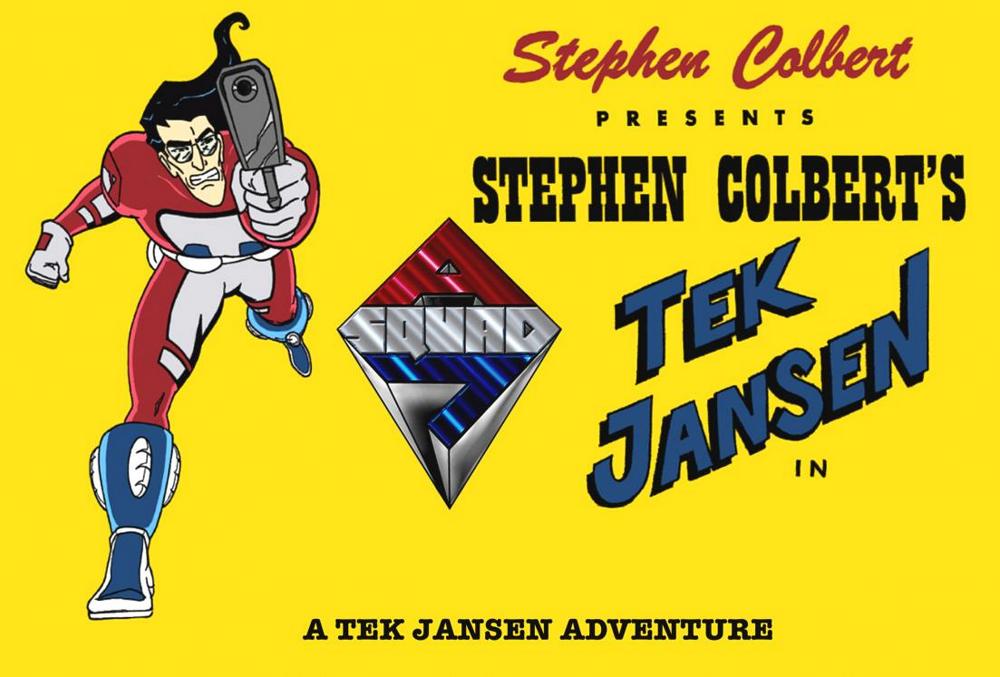 Can you offer some advice for animation hopefuls trying to get in the business?