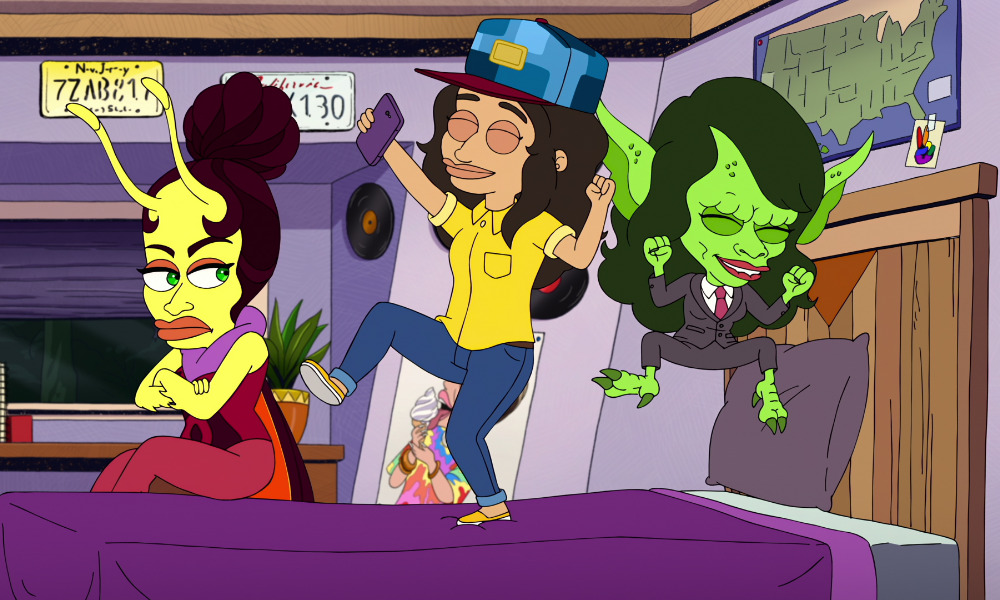 Teamwork makes the dream work! One of Titmouse's latest projects is Human Resources, premiering this month on Netflix.

Production workers at award-winning animation indie Titmouse’s Los Angeles studio are reaching out for representation in collective bargaining by The Animation Guild (TAG, IATSE Local 839). A petition for a union election at the L.A. facility was filed with the National Labor Relations Board on February 28.

The move follows Titmouse New York’s historic vote to join the Guild (90% in favor) in January — which was voluntarily recognized by the company and marked the first time TAG had taken on representation of an animation studio outside Los Angeles County — and Titmouse Vancouver’s overwhelming vote (98%) to become TAG’s first Canadian outpost in 2020. Animation creative and production workers in British Columbia can now be represented by The Animation Guild, IATSE Local 938.

If L.A.’s union is certified by the NLRB, all three of Titmouse’s studios will be unionized under IATSE.

“We are proud of the focused and passionate efforts of the organizing committee at Titmouse L.A., as they work to harness the collective power of their peers to make working conditions sustainable for all production workers. Moreover, this organizing effort would designate Titmouse as a fully union studio In Los Angeles, New York and Vancouver,” TAG wrote in the announcement. “The Animation Guild has been in communications with the leadership at Titmouse, and together they are working towards a path to voluntary recognition.”

In a follow-up statement, Titmouse Founder & President Chris Prynowski echoed the studio’s acceptance of a union from the New York organization: “We support our Titmouse production workers in L.A. and are excited to move forward together! As we work with IATSE on a union contract for our L.A.-based production employees, this will build upon our union agreements for our studios in L.A., N.Y. and Vancouver.”

“In my 13 years in the animation industry I have worked at several animation studios in both feature and television animation. I have seen the highs and lows that can come with working in production. Titmouse has been my favorite studio to work at and I want it to be the shining example of how an animation studio should be run,” said production manager Bonnie Robinson Stewart in a statement shared through TAG. “I hope that what we at Titmouse and our friends at Green Portal accomplish will empower production people at other studios to unionize and get the better treatment and benefits that they deserve. Industry wide, we should have the support, respect, mobility and continuity of benefits, like health insurance and pensions, that the TAG artists have had for years. We want to take our cool jobs and make them into sustainable, great lifelong careers.”

Production coordinator Cel La Flaca also shared the benefits to individuals that come with collective bargaining power: “I’ve had a bevy of disparaging experiences in the industry as an out trans person, as an at-will employee. When I came to Titmouse, it felt like I found home; however, even your own house needs renovations sometimes and it’s OK to admit that. I want other BIPOC, LGBTQIA, disabled and marginalized peoples to have a presence in this industry without going through the trials I had to. I want people to be able to grow in their work and have sustainable lives. I want others to have a future.”

TAG is still in negotiations for a new master agreement with the Alliance of Motion Picture and Television Producers, which will emphasize more equitable wages for animation writers, better compensation for streaming projects and other key issues (read more on TAG’s site). Negotiations were originally scheduled for June of 2021 but were delayed to allow IATSE to set its own master agreement.