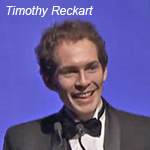 A couple of days ago, we had the chance to catch up with Timothy Reckart, the young animator who wrote and directed the Oscar-nominated stop-motion short Head Over Heels. The project, which centers on the troubled marriage between a woman who lives on the ceiling and her husband who lives on the floor, is the only student film competing against studio fare such as Disney’s Paperman and Fox’s Maggie Simpson in “The Longest Daycare” in the Animated Short Academy Awards race. The short also took home the top prize for Best Student Project at the Annie Awards last month. Reckart and producer Fodhla Cronin O’Reilly, had a busy week touring some of the animation studios in L.A. and northern California—but they both seemed to be genuinely excited about the recognition their 11-minute short has been receiving worldwide.

“Stop motion has to be a labor love because it is a very physical art form and requires a lot of focus,” notes Reckart, a Harvard grad who took off for the U.K. to attend the prestigious National Film and TV School. It took Reckart and a team of 40 about 15 months to finish the 10-minute short. “This was the first film I made whose point was to make an emotional connection with the audience—and that helps in the long haul,” he recalls. “It was somewhat inspired by my experience in England being in long-distance relationship with my girlfriend who was in Boston. The performances were also based on my own grandparents.” 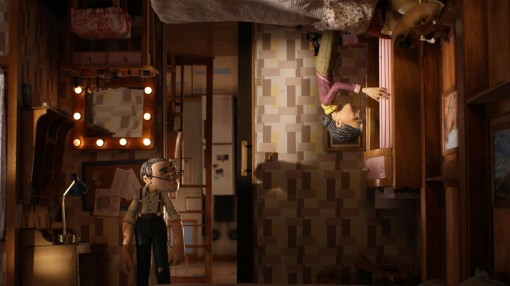 Reckart opted for the U.K. school because he’s been a fan of the British history of stop-motion animation and because one of his heroes, Aardman animator Nick Park (Wallace and Gromit) was also a former alum. Since the project is dialogue-free, Reckart and company spent the first four months working on storyboards and animatics.

“We bypassed the script stage, because the subject is not really suited in words. It’s difficult to describe the upside-down nature of the relationship with ambiguity.” 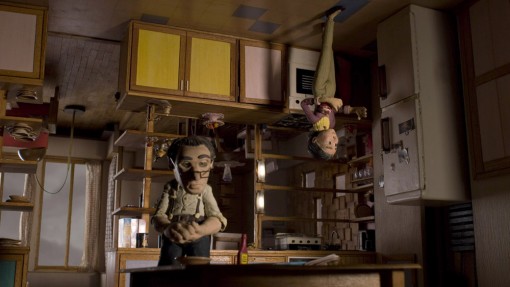 In addition to landing an Oscar nom, Reckart has several other reasons to recommend film school to animation aspirants.

“In addition to learning the craft, I was able to work with other talented, interested people at school,” he says. “The school environment takes care of that for you—I didn’t have to go out and hunt for good collaborators.” 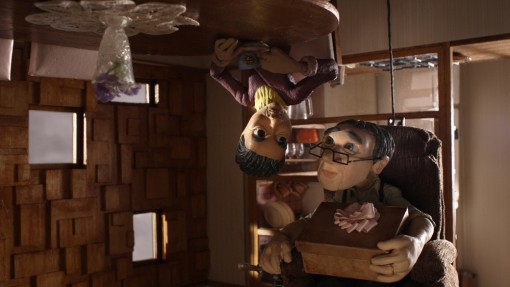 Going to the Oscar nominees luncheon and visiting the animation studios in California have made the past few weeks a heady period for both Reckart and Cronin O’Reilly.

“It’s been a rush,” says Reckart. “I haven’t really taken a step back to take it all in. It’s really rewarding to to work so long and hard on a film, and a year later, to receive the recognition from the people who inspired us to get into film in the first place—it doesn’t get any better than that.” 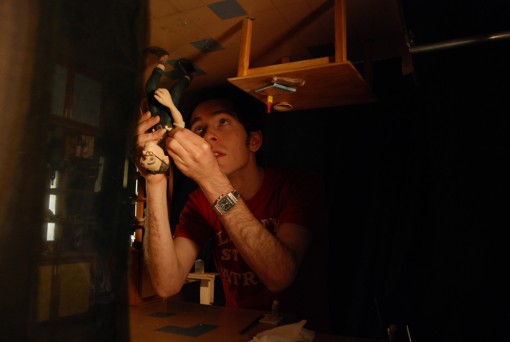 As he looks back at the wealth of animated projects that saw the light of day in 2012, Reckart says it’s been an amazing time to work in stop-motion.

“Five out of 10 animated features and shorts nominated for Oscars are stop-motion projects,” he says. “As both a fan and a stop-motion animator, I’m very proud to be part of this trend.” 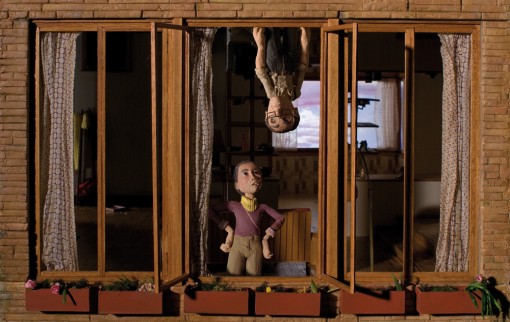 Reckart, who has formed a new production company to develop both film and TV projects in Los Angeles and New York, says meeting Tim Burton at the Oscar luncheon for all the nominees has been incredible.

“I was a serious fan of The Nightmare Before Christmas in high school. To finally meet this guy who greatly inspired me earlier, I could hardly believe it. It’s also been great to tour the studios with all the other animated short nominees, because we all work in the same field and have this great connection working in this somewhat obscure medium.” 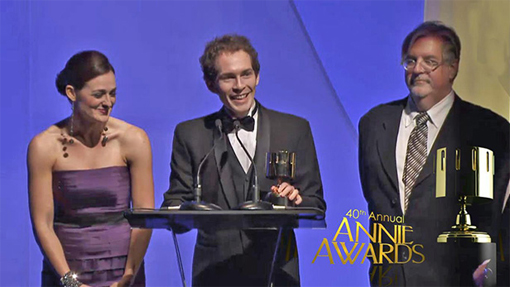 Timothy Reckart at the Annie Awards

So why does he think his inventive short has struck a chord with audiences?

“I think people have been connecting to the truth of the story and the way it deals with romance in a way that is not pure Hollywood,” he explains. “It explores this idea that love doesn’t just keeping going. It’s not a perpetual thing. You have to put effort and work into your relationships and friendships. As the film was screening at festivals, we had people up to us and say, ‘I really want my husband or wife to see this film…it perfectly describes certain days when we really feel like the couple in your short!’”

You can learn more about Tim Reckart and his short here: