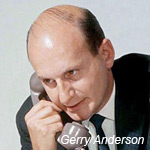 British puppetry pioneer Gerry Anderson died peacefully at a nursing home near Oxfordshire, England this Wednesday (December 25). The creator of the sci-fi hit Thunderbirds died at 83 after being diagnosed with mixed dementia two years ago. His son Jamie said his condition had deteriorated dramatically over the past six months. He requested that any fans wishing to make donations in honor of his father should contribute to the Alzheimer’s Society.

Gerald Alexander Anderson – famous for the use of “Supermarionation,” or the use of modified puppets – was born in 1929 in Hampstead, north London, and began his career as a film trainee at the Ministry of Information before starting work at Gainsborough Pictures. He later set up AP Films with some friends.

Filmed on the Slough Trading Estate in Berkshire, Thunderbirds launched his career in 1965. With the catchphrase “Thunderbirds are go!”, the series revolved around International Rescue, a secret emergency service run by the Tracy family aided by London agent Lady Penelope and her butler, Parker. In 1966, the franchise was made into a feature film for United Artists titled Thunderbirds Are Go, which was followed by a sequel, Thunderbirds 6.

In the 1970s, Anderson moved into the world of live-action, producing the influential TV series Space: 1999. His other popular puppet shows included Captain Scarlet and Joe 90. A CG-version of Captain Scarlet premiered on ITV in the UK in 2005.

Anderson also worked as an ambassador for The Alzheimer’s Society, to raise awareness and money for the treatment of the disease. Gerry Anderson leaves three children from former marriages, Joy, Linda and Gerry Junior, his son Jamie and widow Mary.

“He was very much a perfectionist and was never happy with any of the end products although he may have been happy with the responses,” Jamie said, describing how his father would involve himself in every aspect of production. “He wasn’t just someone who sat in a chair barking orders, he managed to bring together great teams of great people and between them with a like mindset produced some real gems.” 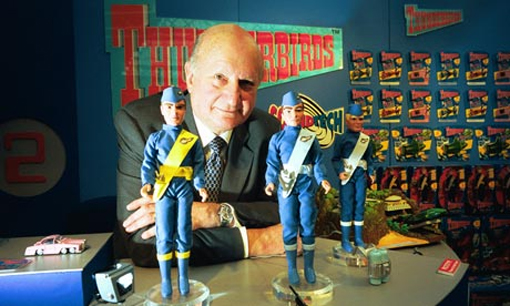