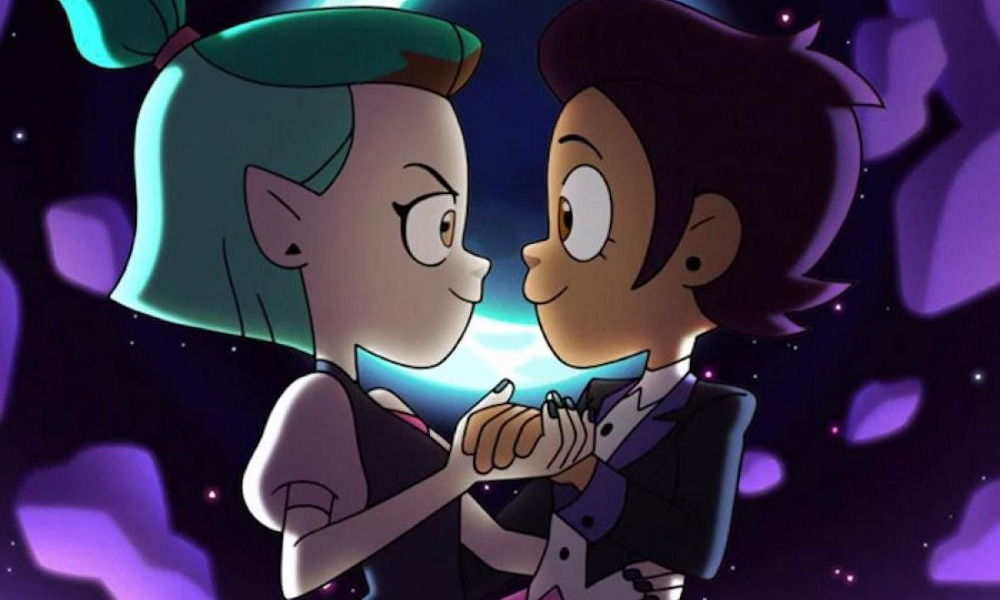 The Owl House is the first Disney TV Animation series to feature an openly bisexual lead character. Fans and employees of the studio were disappointed when it was announced last year the show will end with a trio of specials instead of a full third season.

In the ongoing fallout regarding The Walt Disney Company’s response to the Florida “Don’t Say Gay” bill, which bars public schools from instructing lower elementary students from instruction on sexual orientation and gender identity, internal letters from Disney and Pixar employees highlight the studio community’s disappointment and questioning of the company’s support.

In response to CEO Bob Chapek’s internal memo, a letter signed by “The LGBTQIA+ employees of Pixar and their allies” shared by Deadline refutes the company head’s assertions point by point.

“Monday’s email, ‘Our Unwavering Commitment to the LGBTQ+ Community,’ rang hollow … [It] began with the claim that Disney has a long history of supporting the LGBT community, but Disney Parks did not officially host Pride until 2019, in Paris alone. Disney has a history of shutting down fan-created Pride events in the parks, even removing same-sex couples for dancing together in the 1980’s.” CIting the Pride-themed Rainbow Mickey collection, the response adds, “It feels terrible to be a part of a company that makes money from Pride merch when it chooses to ‘step back’ in times of our greatest need, when our rights are at risk.”

The letter also exposed they way Disney Co.’s takeover of Pixar studio has impacted artists’ attempts to tell more diversely representational stories: “We at Pixar have personally witnessed beautiful stories, full of diverse characters, come back from Disney corporate reviews shaved down to crumbs of what they once were. Nearly every moment of overtly gay affection is cut at Disney’s behest, regardless of when there is protest from both the creative teams and executive leadership at Pixar. Even if creating LGBTQIA+ content was the answer to fixing the discriminatory legislation in the world, we are being barred from creating it.”

In response to backlash, Chapek had announced at a shareholders meeting that company would be making a $5 million donation to organizations that support LGBTQ+ rights. However, the Human Rights Campaign — the largest such civil rights organization in the U.S., declined the donation and challenged Disney to “build on their public commitment and work with LGBTQ+ advocates to ensure that dangerous proposals, like Florida’s Don’t Say Gay or Trans bill, don’t become dangerous laws, and if they do, to work to get them off the books.”

Similar letters penned by employees at Disney Television Animation and Disney Media & Entertainment Distribution obtatined by The Hollywood Reporter demanded that Disney withdraw funding from politicians who support the bill and other discriminatory legislation. “A Statement to Leadership from the Queer/LGBTQ+ Employees of DTVA & Their Allies,” which describes the passage of the bill now awaiting Republican Governor Ron DeSantis’ signature as a “literal attack” on the community and called out the studio’s cancellation of The Owl House, which features the studio’s first openly bisexual lead character, opens:

“We write this message with incredibly heavy hearts today, and with an equally raging fire of anger within us … We are mentally preparing to mourn the loss of basic human dignity and rights of the LGBTQ+ communities, families and children of Florida. A burden and trauma that has been tread many times by the LGBTQ+ community.”

It continues: “The self-congratulatory, apathetic and dismissive nature of this response sent out by Bob yesterday is tone-deaf at best and incredibly dangerous at worst. We don’t need to hear as employees how corporate leaders are patting themselves on the back for finding excuses to continue to donate to a group of politicians that openly are harming our community, most especially the children within it.”

Employees at DMED called the proposed DEI summit later this month and promise of more inclusive content “not an appropriate response.”

“Queer folks are used to this sort of hollow promise of allyship and inaction — the difference this time is The Walt Disney Company’s recent dedication to inclusivity and diversity … Disney has every opportunity to self-actualize the help that this scenario so desperately needs. It needs to act to destroy this legislation and save the lives, in some cases quite literally prevent suicide, of the children, families and communities that will be deeply harmed by it. This is not a political issue. This is our lives. The lives of our loved ones, our children, our co-workers. This is our existence.”

Individual Disney creatives including Dana Terrace (creator of The Owl House), Sam King (director, The Ghost and Molly McGee) and Benjamin Siemon (writer, DuckTales) have spoken out against the bill and the company’s reaction on Twitter, as has former Walt Disney Co. CEO Bob Iger and documentarian, philanthropist and activist Abigail Disney, daughter of Roy Disney. Commentary is flowing in under the hashtags @DisneySayGay and #DisneyDoBetter.

Terrace encouraged fans of The Owl House to seek out fan-created merchandise on Etsy rather than spend their money on licensed goods from Disney and announced a livestream benefitting LGBTQ+ organizations on her Twitch channel on March 13.

It is so frustrating that us LGBT Disney employees have to speak up about existing and wanting other people in our community to be safe, in fear for our livelihoods. If the company is so dedicated to inclusion, why is standing up for the safety of LGBT youth, at odds with it.

I am a LGBT animation writer at Disney and this is why I want the company I love to take a stand against the “Don’t Say Gay” bill. #DisneySayGay #DisneyDoBetter pic.twitter.com/n8g0kgTkKf

In another strike against corporate platitudes, Variety uncovered a missive sent to Chapek and other Disney leaders from the company’s LGBTQIA+ Business Employee Resource Group, asking the company to take a public stand condemning discriminatory policies in the U.S. The letter was sent February 28, after the bill passed the House of Representatives but before it passed in the Senate.

“While there are over 200 anti-LGBTQIA+ bills being introduced across the nation (and more globally), we urge you to begin with speaking against these acts: The ‘Don’t Say Gay’ Bill in Florida (set to go into effect July 1st) and the Texas Governor’s directive for state agencies to investigate gender-affirming care as ‘child abuse … As one of the largest employers in Florida, one currently relocating even more employees to the state, it is the Company’s utmost responsibility to protect these individuals.

“Legislation of this manner specifically targets the most vulnerable members of our community, and data proves that a lack of support leads to an increase of suicide rates within LGBTQIA+ youth, a group that is already three times as likely to attempt suicide than non-LGBTQIA+ youth. We ask that you stand by our community as you have in the past, such as the actions taken in response to the tragedy of Pulse Nightclub or the boycott of Georgia’s proposed ‘Free Exercise Protection Act’ bill in 2016.”