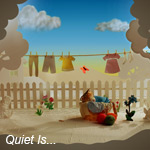 Last week, Disney Junior premiered a charming new, original stop-motion show designed to help toddlers get ready for bed. The 10 x two-minute show was created by Glasgow, Scotland-based children’s author and illustrator Sara Pinto (The Alphabet Room) and Vermont, U.S.-based photographer and filmmaker Luciana Frigerio. The animation for the show was produced by Edingburgh’s Ko Lik Films. Pinto and Frigerio recently chatted with Animation Magazine about their first venture in the world of animation and children’s TV:

Animag: You two have been good friends for 15 years, and now you have embarked on a very unusual working partnership since you, Sara, are based in Glasgow, Scotland, and Luciana, you are based in Norwich, Vermont, right?

Luciana: We met at a party years ago and became very good friends. We always knew we wanted to collaborate. We worked on a book together (Sweet Memories), then Sara moved to Scotland and we were itching to work together again. Then, I went to Scotland, and we spent a week there, and we thought it would be a great idea to make these little animated pieces together (rudimentary stop-motion pieces, created with a Super 8 camera). Sara had never done it before, but she was great at it. When I got back to the U.S, I met with Disney Junior’s development executive Lori Mozilo and she proposed that we pitch a project.

Sara: We originally pitched a different idea to Disney, but they were looking for a night-time slot and asked if we could do something that was more quiet and got children to settle down and get ready for bed. So that’s when we wrote these ten short pieces. Like anything else, the ideas evolved and lots of people added their input and creativity to the piece. When we got the go ahead, I lived in Scotland and Luciana lived in Vermont. We both had children, and we asked for recommendations for companies in Scotland that could do the animation. And Ko Lik in Edinburgh was the studio that came highly recommended. We went to them because they were small (about 13 people) and felt like good friends and they had the know-how. They knew what we wanted and experienced enough to handle fairly sophisticated production. 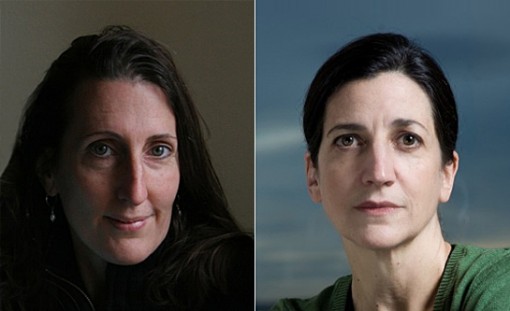 Animag: Can you tell us a bit about the look of the show?

Sara: The look is very much in the vein of Luciana’s and my work in general. When we wrote the book together we illustrated the book. We build sets out of paper and Luciana photographed them. It was a quirky way of illustrating something. We were both obsessed with paper and we fell in love with the way photography can be used in children’s books.

Luciana: A lot of our work is based on building little paper theaters. We love the mash up of real life objects and illustrated ones. The show is really the evolution of the type of work we were doing. It’s all about creating these little worlds and mixing illustrative work with 3D objects.

Sara: Also, I think we were trying to remember the way kids think and play.

Both Luciana and I have children and we recalled how our kids were constantly making these little setups. When kids are playing, they always improvise. Let’s say they can’t find a doll or a toy to play the dad in a scene, they use a clothespin. They put things that are in different scales, they could be make of paper or cloth. 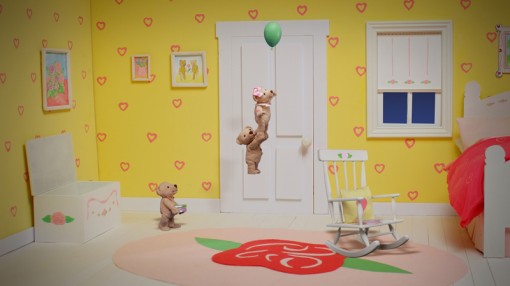 Animag: Tell us a bit about the process of animating your show in Scotland.

Luciana: The team at Ko Lik were fantastic — a really talented and fun group. We started the process in August and the animation was done in about three months. It was incredible to watch the amazing work our model makers were doing. A lot of them are young, so it was great to be around them, and they were blowing us out of the water.

Sara: When you see it all come together you can’t quite believe that it came together so quickly. We’re both quite pleased about how professional and beautiful looking it turned out. Oh, and the music is really good too.

Animag: Since you’ve both worked in other forms of media, what was the toughest aspect of working in stop-motion?

Sara: I think the hardest part was commuting from Glasgow to Edinburgh with all these competitive businessmen on the train. Seriously though, operating in three time different time zones, Los Angeles, Vermont and Edinburgh must have been the most challenging part of it. Now that we’ve tasted animation and realized how much fun it is, we want to keep on exploring its possibilities. Right now, we’re working on some iBook and iPad projects. The fact that you can tell a story and have the ability to open it up with animation has given us some fire.

Luciana: My heart is still in the look and feel of stop-motion…I don’t enjoy the computer-generated animation as much. I want to work and make CG stuff to look more like stop motion. 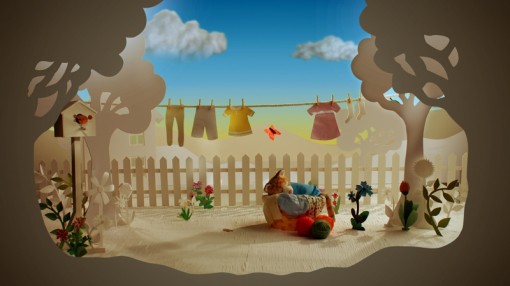 Animag: OK, Now you have to tell us which animated TV shows or movies inspired you?

Sara: Well, the one that springs to mind immediately is Gumby. There’s also the work of German silhouette animation pioneer Lotte Reiniger (Prince Achmed). Her work makes the hair on the back of my neck stand up!

Luciana: A lot of the animation we saw in the 1980’s in music videos was incredible. There was Peter Gabriel’s “Sledgehammer,” which was done by Aardman Animations. Then there was that cool A-Ha video “Take on Me,” which combined drawn animation with real-life footage. That was really cool. That’s when I started to really take notice of animation and stop-motion.

Animag: Here comes the big cliché question: What kind of advice would you give people who want to do what you two have done?

Sara: Oh that’s simple. You just have to do the work and keep doing what you love at all costs.

Luciana: That’ s right. You have to be true to yourself. It’s a lot of work, but you have to focus on doing the things that mean a lot to you. We succeeded because we did something that was uniquely ourselves. The show really captured the spirit of what we wanted to do and that was infectious.  The people who worked with us also saw something to what we are and that’s why they were interested in our project. It might be a cliché, but it’s true! 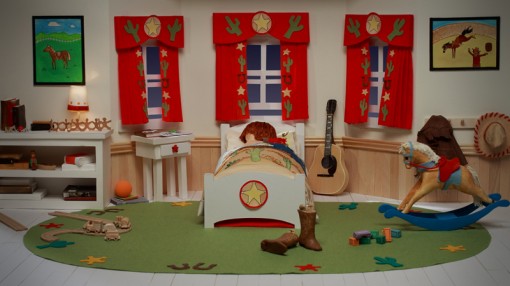 Quiet Is… airs weeknights on Disney Junior at 8:25 p.m. and weekends at 8:55 p.m. The show is created by Sara Pinto and Luciana Frigerio. It’s directed by Neil Jack and produced by Cameron Fraser. The show’s music is composed by Rick Garcia and William Malpede (Rango).