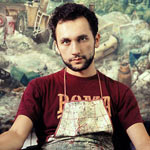 The World Festival of Animated Film – Animafest Zagreb has revealed this year’s fantastically colorful, gorgeously unnerving official poster illustrated by Stipan Tadić, who will also be authoring the 2018 festival trailer. Taking place in the capital of Croatia June 4-9, this year’s festival theme so appropriately echoed in the piece is “Horror in Animation.”

The poster depicts an complex, pseudo-anatomical cross-section of a human face. “Within the body there is a psychedelic world that has organic and floral forms at the bottom that then grow, transform and pass through various aerial and liquid elements and eventually disperse. Mutation of shapes and transformation from one shape to another is a constant motif on the poster, and will be in the festival trailer, too,” explained Tadić.

Tadić is one of the most prominent Croatian painters of the younger generation, and has participated in numerous group and solo exhibitions all over the world and is a winner of several awards. His unusual approach to visual creation won over the artistic director Daniel Šuljić and the rest of the Festival Council.

“At the time I made the poster I was also working on a psychedelic album cover. It was a black and white frontal silhouette of a man, and I wanted to do the same thing again – but in profile and with color, inspired by the 16th century Italian artist, Giuseppe Arcimboldo … The poster is, in a way, a testing ground of a new style. I used to include psychedelic parts, like a dream or a trauma illustrated in my comics a few times before. I’ve always loved the 1960s, especially late ’60s and early ’70s, so the style I’ve been testing is inspired by this aesthetics.”

For the trailer, animator Petra Balekić contributing to the drawing process, and Luka Hrgović will “assemble” everything in the computer and animate the artwork. Music will be created by Luka Šipetić and Dino Santaleza.

“They are a great team, without them I would probably need a whole year to do the animation,” Tadić concluded.

Animafest 2018’s visual identity is again overseen by the Kuna zlatica team, who have collaborated with the festival since 2014.

The fest is also running a Horror GIF Animation contest with IFCC, with a 1,000 euro prize. Submissions open until April 1. More info here. 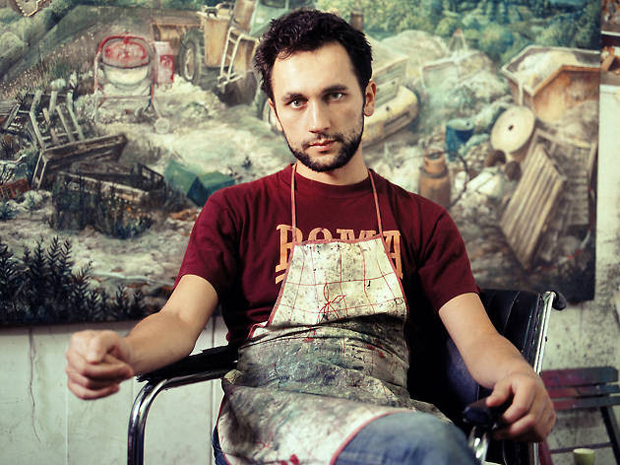 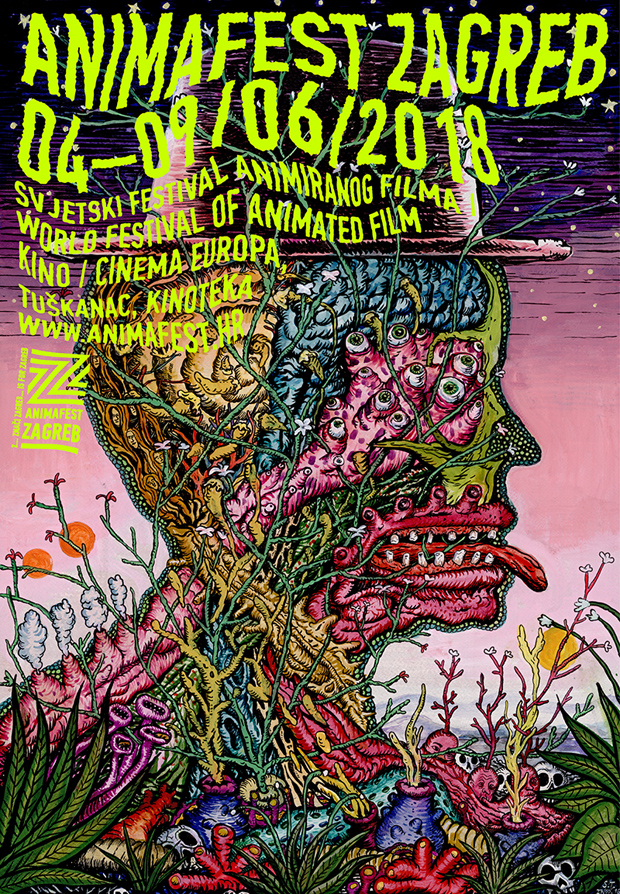