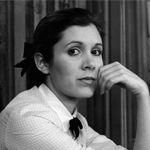 Actor, author and screenwriter Carrie Fisher — known worldwide as the iconic Princess Leia (and now, General Organa) of Star Wars — died in Los Angeles on December 27 after being struck by a heart attack on a flight from London, where she had been on the UK leg of her book tour for The Princess Diarist.

Born Oct. 21, 1956 in Beverly Hills, Fisher was the daughter of pop singer Eddie Fisher and Singin’ in the Rain star Debbie Reynolds, who died just two days later at age 84.

Coming from Hollywood royalty, Fisher was catapulted to international movie stardom nearly overnight when George Lucas’ Star Wars debuted in 1977, introducing audiences to a new kind of princess — one who was more than capable of rescuing herself and anyone else who needed it. Fisher reprised her role as Leia in The Empire Strikes Back (1980) and Return of the Jedi (1983), and Star Wars: The Force Awakens three decades later.

Lucasfilm confirmed that Fisher had completed filming her scenes for the upcoming Episode VIII installment of the blockbuster franchise, which will be released in December 2017.

Fisher made her first big screen appearance in Shampoo (1975), with other notable credits including The Blues Brothers (1980), When Harry Met Sally (1989), and self-satirizing cameos on TV shows like Sex and the City and The Big Bang Theory.

In addition to her on-screen work, Fisher was an insightful writer with a gift for wry, cut-to-the-quick humor. She turned her pen to the more ridiculous aspects of her sci-fi alter-ego and used it to openly discuss her life with bipolar disorder and struggles with depression and substance abuse. Prior to The Princess Diarist, she penned a semi-autobiographical novel Postcards from the Edge and Wishful Drinking, a one-woman show which she also published as a memoir.

In Wishful Drinking, her storytelling talent is on full display when she relates a very special anecdote about working with George Lucas on the first Star Wars film, related to a certain white dress.

George comes up to me the first day of filming and he takes one look at the dress and says, “You can’t wear a bra under that dress.”

The explanation for why lead Fisher to reflect on her own ideal obituary:

What happens is you go to space and you become weightless. So far so good, right? But then your body expands??? But your bra doesn’t—so you get strangled by your own bra.

Now I think that this would make for a fantastic obit—so I tell my younger friends that no matter how I go, I want it reported that I drowned in moonlight, strangled by my own bra. 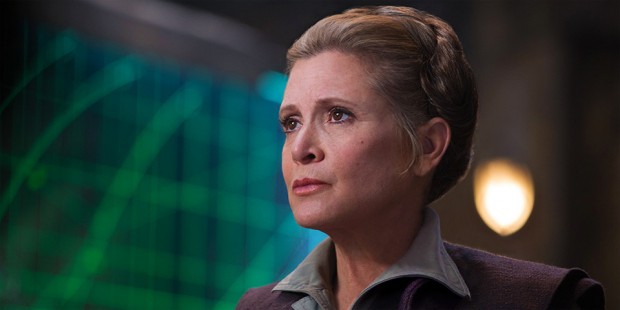 You may also like...
Related Topics:Carrie Fisher, Debbie Reynolds, George Lucas, Postcards from the Edge, Return of the Jedi, Sex and the City, Shampoo, Singin' in the Rain, Star Wars, Star Wars: The Force Awakens, The Big Bang Theory, The Blues Brothers, The Empire Strikes Back, The Princess Diarist, When Harry Met Sally, Wishful Drinking