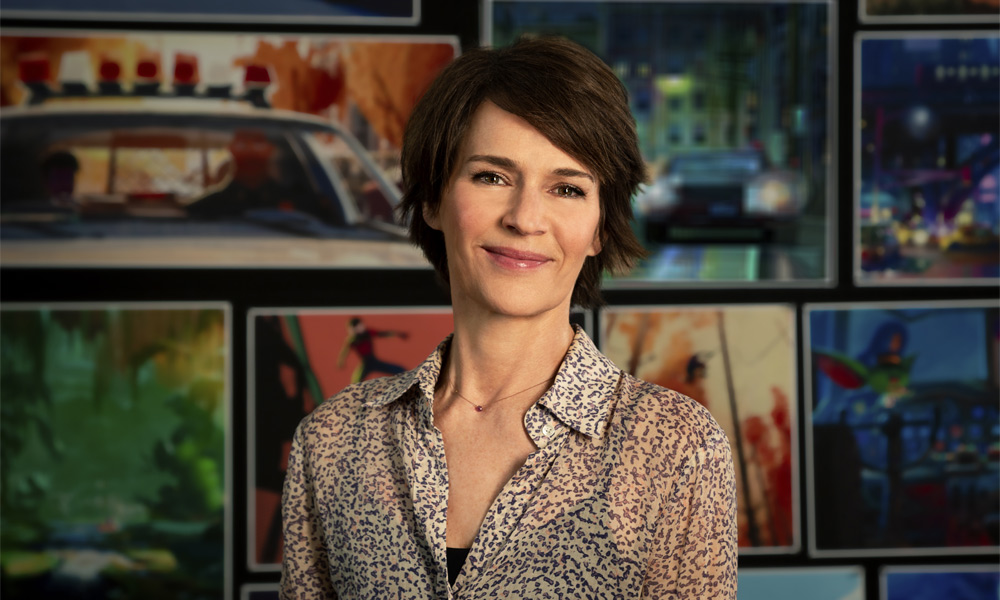 Sony Pictures Entertainment announced that Kristine Belson, President of Sony Pictures Animation, has renewed her contract with the studio and will expand her responsibilities to include producing animated series for television and streaming.

“For the last few years, Sony Pictures Animation has thrived under Kristine’s expert leadership,” said Rothman. “Under her watch, we’ve seen Hotel Transylvania grow to a $1.3 billion franchise and the team win their first ever Oscar for Spider-Man: Into the Spider-Verse. Our animation business has never been healthier, and we are excited she will be expanding her talents into the tv and streaming space.”

“Kristine is an incredibly talented executive, and she’s done a fantastic job at Sony Pictures Animation. In addition to overseeing an exciting film slate, we are thrilled that she will also channel her energy on creating hit television,” said Hopkins.

“All of us at Sony Pictures Animation are thrilled to be getting into new territory by expanding our animation slate to include serialized stories, for every audience,” said Belson. “I am so grateful to have been given the opportunity to do things that no other theatrical animation studio in Hollywood is doing, and we have a lot in store.”

In her four years at the studio, Belson has shepherded huge successes for the studio including the latest installment of the $1.3 billion franchise, Hotel Transylvania, which became Sony Pictures’ highest-grossing animated film ever. And more recently, Academy Award-winner Spider-Man: Into the Spider-Verse grossed over $375 million at the box office and was critically acclaimed.

Under Belson’s leadership, the animation studio’s overall output has increased considerably as have the production of original and filmmaker-driven projects. Belson is currently overseeing over a dozen projects in active development across the studio including the Phil Lord and Christopher Miller-produced original animated comedy, The Mitchells vs. The Machines from director Mike Rianda; the studio’s first-ever animated musical,Vivo, featuring all-new original songs by Lin Manuel-Miranda; a reimagining of the fan-favorite animated series The Boondocks for HBO Max with original creator Aaron McGruder; and an Elvis-inspired adult animated comedy for Netflix, Agent King.

Prior to Belson’s appointment at Sony Pictures Animation in 2015, she spent nearly a decade at DreamWorks Animation, where she executive produced How to Train Your Dragon and produced Academy Award nominee The Croods. She came to DreamWorks Animation with more than 15 years of experience developing and producing both live-action and animated films, with eight of those years as executive vice president of production at The Jim Henson Company.