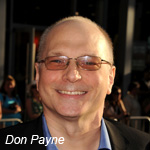 Don Payne, a co-executive producer of The Simpsons and screenwriter of comic-book blockbuster Thor passed away in Los Angeles at the age of 48 due to cancer. He is survived by his wife and three children.

“Don was a wonderful writer and an even more wonderful man,” The Simpsons showrunner Al Jean said in a statement. “He was beloved in the Simpsons community and his untimely passing is terrible news to us all.  I know he is up with Thor now looking down at us and smiling.”

Payne, a University of California Los Angeles graduate, earned four primetime Emmys for his work on The Simpsons. He joined the show’s writing staff in 1998 and penned 16 episodes, including the Writers Guild Paul Selvin Award winner “Fraudcast News.” While at work on the hit Fox series, Payne also ventured into screenwriting territory with live-action features My Super Ex-Girlfriend (2006) and Fantastic Four: Rise of the Silver Surfer (2007). He also wrote a draft of Marvel’s Thor before beginning work on the sequel, Thor: The Dark World.

At the time of his death, Payne had two Simpsons episodes in production, both set to air during the 25th season–including this year’s holiday special “White Christmas Blues.” 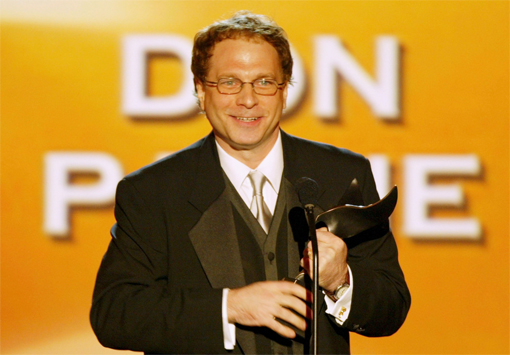