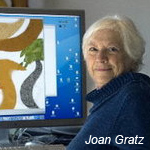 This month, ShortsHD (www.shortstv.com) spotlights the work of animation pioneer Joan C. Gratz. The special spotlight features an interview with the Oscar-winning animator who is best known for her Oscar-winning short Mona Lisa Descending a Staircase. Gratz pioneered the animation technique known as claypainting. Working with bits of clay, Gratz blends colors and etches fine lines to create a seamless flow of images. Gratz was also honored this past February at the Shorts Awards for Visionary Animator.

The month-long ShortsHD focus will showcase which include screenings of Khubla Khan, Lost and Found, Dowager’s Idyll, Dowager’s Feast, Puffer Girl, Pro + Con and Mona Lisa Descending a Staircase, a lovely clay-animated homage to the work of 35 renowned artists.

Gratz’s personal films range in content through painterly expression of poetry, improvised abstraction and animated social documentary. While at Will Vinton Studios, her work included design and animation for the Oscar-nominate Rip Van Winkle, Return To Oz and The Creation. She established her own studio, Gratzfilm, in 1987 to produce and direct her own films and to explore a broad range of animation techniques and ideas independent of commercial constraints. Her most recent short films are Kubla Khan, an animated painting of Colridge’s opium inspired dream and Lost and Found, transforming high-relief clay images to evoke life’s passages.

Here is a brief Q&A we recently did with the talented animator:

Animag: How did you get your start in animation?

Joan C. Gratz: While I was obtaining a degree in architecture, I began painting and filming the process. Soon it was the record of the changes and not the end paintings which were of interest to me. Rather than ending up with thousands of canvases, the result was a slender roll of 8mm film. The process seemed magical.

Why do you think your Mona Lisa short has had such a timeless appeal?

My idea was that the transforming images would create a feel for both the individuals graphic style and the relationship between artistic movements. I think much of its appeal comes from seeing familiar static paintings come to life.

What are your memories of the Oscars that year?

Gratz: It was a great collection of nominees that year, some of whom were also my good friend, that made it especially meaningful. A computerized Snow White announced the winner, unfortunately there was a glitch and I didn’t realize I had won. Now the technology has advanced so that should never be a problem.

Tell us about your most recent work Lost and Found?

Gratz: Lost and Found is high-relief clay with a strong directional light. The resulting film looks like sculpted wood and shifting sand. I animate directly under the camera but with a monochromatic pallet. Light and shadow and texture become the most important elements.

What is the best piece of advice you received about working in animation?

Gratz: I never received advice about animation. I was advised by a cinematographer that one should never let your home be used for a shoot. This was while he was filming a music video directed by Jim Blashfield for Joni Mitchell. They were good about repairing the fused wiring and restoring the place.

Can you tell us about your work on the upcoming animated anthology The Prophet?

Gratz: The film is based on the popular book by Kahlil Gibran. Salma Hayek is one of the key producers and voice talents. Other voice talent includes Liam Neeson, John Krasinski, Frank Langella, Alfred Molina and Quvenzhané Wallis. Seven directors including Bill Plympton and Tomm Moore and Paul Brizzi are directing and animating chapters from The Prophet. Roger Allers, who directed The Lion King is responsible for the framing story. It is scheduled to be finished in the spring of 2014.

Who is your favorite animated character and why?

Gratz: My favorite film is Richard Condie’s The Big Snit; it’s about couple obsessed with Scrabble even as world is destroyed. As a committed Scrabble player I can identify with them.

Gratz: I have two types of animation heroes. The owners of big studios who actually share the credit on their projects. Peter Lord and David Sproxton at Aardman come to mind. My other animation heroes are the truly independent filmmakers whose work represents their singular voice and graphic talent. Many great directors fall into that category. Joanna Quinn from Great Britain, Regina Pessoa from Portugal and Paul Driessen from Holland are examples.

What would you say is the secret of durability in the animation business?

Gratz: Do what interests you. Use commercial work as a way to provide the funds you need for your own films.

What is your take on the animation scene today?

Gratz: Computer animated features, are becoming more and more sophisticated. In terms of my own personal interest, they have little appeal. I am not their demographic. As critic once said ” you can admire the technique without enjoying it.” There is still a lot of great animation that reflects a personal point of view and esthetics.This has not changed and it keeps me coming back to festivals around the world. 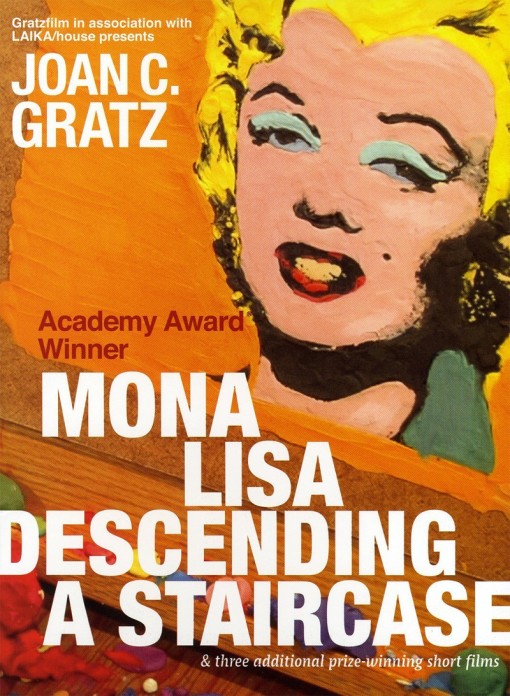