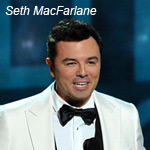 Hot on the heels of the official announcement that Seth MacFarlane—the busy guy behind Family Guy, American Dad, The Cleveland Show and this summer’s hit live-action comedy Ted—will be hosting the 85th Annual Academy Awards. The Hollywood Reporter snagged an interview with the toon guru as well as Oscars producers Craig Zadan and Neil Meron.

While fans of MacFarlane’s animated fare have learned what to expect from the writer/director/voice actor, it’s unclear whether older auds tuning in to the Oscars broadcast will know quite what to make of him. MacFarlane has never appeared at the Oscars, though he has some hosting experience with the Emmys, the Writers Guild Awards and the recent season opening of Saturday Night Live.

Big into musical numbers, MacFarlane says he is keen to keep that Oscars tradition alive. He also notes in the interview that he plans to be very involved in writing for the event. When asked about fitting in the responsibilities with all his other shows in production, the helmer said:

“My staff has always been just fantastic at adapting and adjusting the schedule to accommodate the things that come up. They certainly had to do so on Ted. My directorial duties required me to have limited involvement with the shows during that time. So they are used to this sort of thing; they are great at it. It’s never been a problem before when extracurricular activities have come up, so it will not be a problem now.”

As for whether we’ll see Stewie, Brian or Roger the alien during the show, MacFarlane equivocates that “it’s too soon to say, but that sounds very expensive.”

The full interview is available on The Hollywood Reporter’s website. 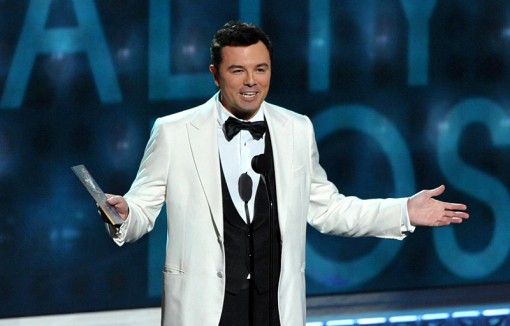