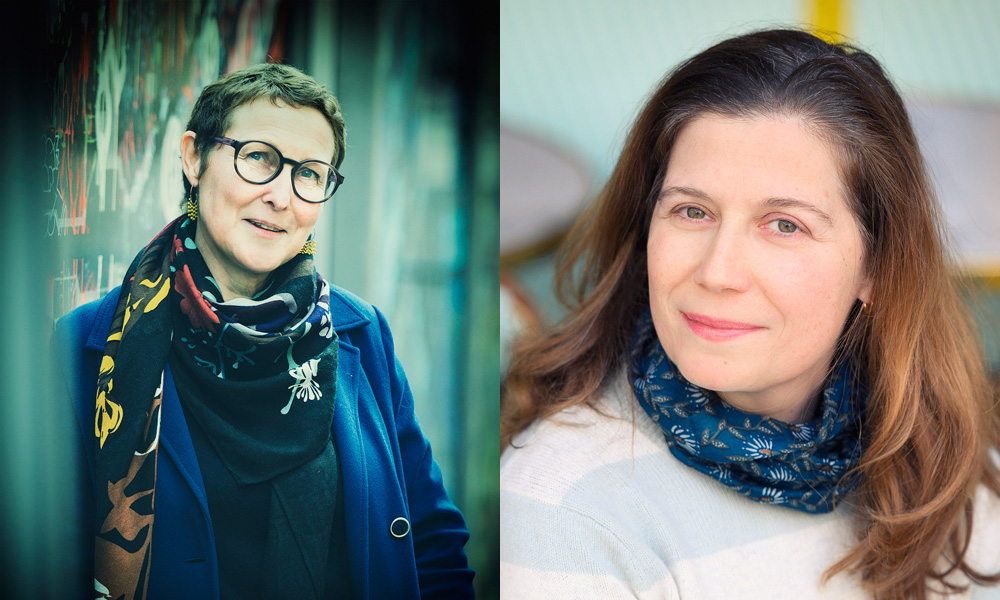 Having recruited Muriel Achery to direct its new production label Just Kids (Splat & Harry) in November 2017, 2D/3D animation studio Blue Spirit Group is continuing to develop it production activity with the appointment of two new artistic producers, Sara Wikler and Caroline Oustlant, to its teams. The announcement was made by President Eric Jacquot and CEO Armelle Glorennec ahead of the studio’s participation in Cartoon Movie with its in-development project The Ballad of Yaya.

Sara Wikler is joining the Group as artistic director of the Sinematik label, dedicated to feature films. She will be in charge of developing the company’s forthcoming features and will also join the development of The Ballad of Yaya, the film adapted from the Franco-Chinese graphic novels of the same name published by Fei. Aimed at a broad audience, the first images for the project will be shown at the Cartoon Movie in March.

A graduate of the Université Libre de Bruxelles in Literature and Film, Wikler joined Canal+ in 1998. While there she was in charge of Cinema France acquisitions for 18 years. In 2016, she joined the subsidiary Studiocanal to take charge of artistic coordination of development. Alongside this she worked as an instructor and consultant in writing workshops (Storytelling Institute UCLA/UCA, Femis, Grand Nord, Sélection Bourse Jeunes Producteurs De La Fondation Lagardère).

Caroline Oustlant will be lending her strength to series production efforts at Blue Spirit Productions as Artistic Director of Animated Series Development. She is responsible for initiating new series and supporting projects already in development, including The Borrowers, which received a great reception last September at the Cartoon Forum. This 52 x 11’ series based on the Mary Norton novels is for the 6-11 range.

Oustlant joined children’s channel Canal J in 1990 in the press office before heading up external affairs of children’s channel Lagardère (Canal J, TiJi, Filles TV and Gulli) until 2007. During this whole period she was in charge of “Animation Futures,” a partnership with French animation schools. In 2005 she was a member of the Graduation Films jury at the Annecy International Animated Film Festival. In 2008, she became programming advisor in for Lagardère’s children’s channels. In July 2015, she left the Lagardère Group to dedicate herself to writing scripts for animated series. Over three years, Oustlant wrote for around 20 series.

The Ballad of Yaya, based on the award-winning graphic novels by Jean-Marie OMont, Charlotte Girard, Patrick Marty and Zhao Golo (more than 200,000 copies sold in France), is a hybrid 3D/2D, 75 minute feature for kids 6-12 and families, budgeted at 12-15 million euros. The screen adaptation is being written by Patrick Marty, Céline Ronté and Antoine Schoumsky; director is to be confirmed.

Synopsis: 1937. The inhabitants of Shanghai are preparing to flee the imminent Japanese invasion. Yaya, from a rich family in the French Concession, and Tuduo, a street urchin exploited by the terrible Zhu, were not destined to meet. But when Yaya disobeys her parents to go to a piano competition and finds herself separated from them by the first bombings, Tuduo saves her and helps her escape from the war-stricken city. The two children come together to travel across the country to Hong Kong where Yaya hopes to find her family and give a fitting reward to her new friend.

“With this feature, Blue Spirit Productions is targeting a broad audience through its demanding levels of writing and image quality which is the keystone of its editorial line. This film, which is very ambitious in budget terms, marks a new dynamic in our feature productions. The choice of making 80% of the film in France, in our Angoulême studios, and the remainder in our Montreal studios, guarantees that we will have full control over our production,” said Glorennec, the film’s producer.

Founded in 2004, Blue Spirit Productions creates animated series and films at its studios in Paris, Angoulême and Montreal. Series include The Mysterious Cities of Gold (season 3 in production for France TV), Loopdidoo (5 seasons), UFO (2 seasons), Little Chicks, and original creations Alice & Lewis (in production) and Arthur & the children of the round table (for Canal+ and SWR). The studio has worked on acclaimed animated features including The Painting by Jean-François Laguionie (César nominated in 2012) and My Life as a Zucchini by Claude Barras (César for Best Animated Film and Best Adaptation in 2017; Annecy Cristal and Audience Award in 2016; Emile Award; Oscar, Golden Globe & BAFTA nominee). In addition to The Ballad of Yaya through Sinematik, Blue Spirit is currently working on Laguionie’s next film, The Prince’s Voyage (co-directed with Xavier Picard) coming in late 2019/early 2020.

The Ballad of Yaya