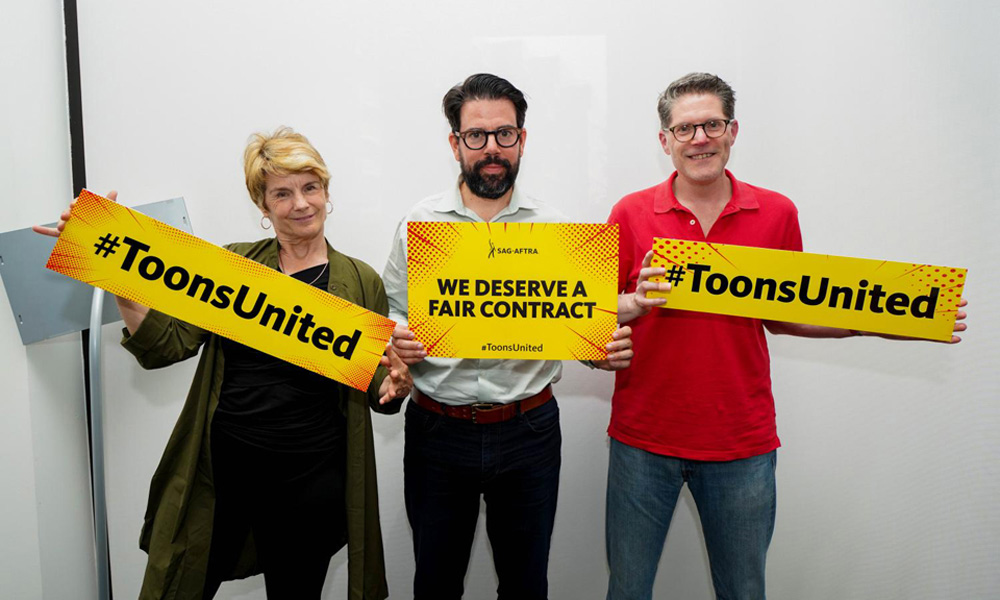 SAG-AFTRA members voted overwhelmingly in favor of a TV Animation strike authorization, with the guild announcing Wednesday night that the ballots came to 98.27% “Yes”. The referendum gives the National Board the authority to declare a strike if necessary, while negotiations continue.

The guild is seeking a contract that guarantees its members scale wages and residuals for animated programs made for streaming platforms, such as Netflix and Amazon, while increasing digital content demand drives a continuing ramp-up in such productions and major studios gear up their own platforms. Performers on streaming toons have been working under television animation agreements, which expired June 30, 2017. The campaign is running under the name #ToonsUnited.

Voting ran from June 27 to July 18, with informational meeting held in Los Angeles and New York on July 10. The 75% majority needed was handily secured with the nearly unanimous vote of support for animation actors. High-profile performers such as The Simpsons stars Nancy Cartwright and Dan Castellaneta, and crossover actors Pamela Adlon, Ed Asner, Nick Kroll and Patton Oswalt backed the campaign.

The Alliance of Motion Picture and Television Producers responded to the vote by saying it hopes to avoid a strike:

“The AMPTP and SAG-AFTRA have been engaged in meaningful discussions over a new Television Animation Agreement and a new Basic Cable Animation Agreement for several months. Those discussions have yielded progress, but there are still a few open items to resolve. Given the animation Producers’ longstanding positive relationship with the leadership of SAG-AFTRA, as well as their commitment to exploring a variety of ways to reach a deal, we hope that talk of a strike can be put aside in favor of ascertaining the facts about the business that are relevant to the issues that separate us and finding ways to reach a mutually satisfactory agreement.”

Learn more about the Screen Actors Guild – American Federation of Television and Radio Artists at sagaftra.org. 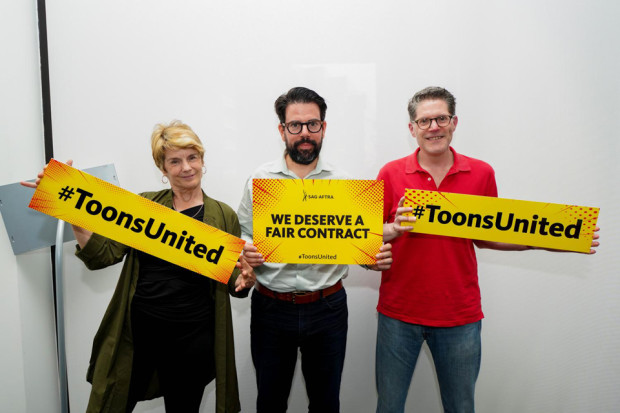