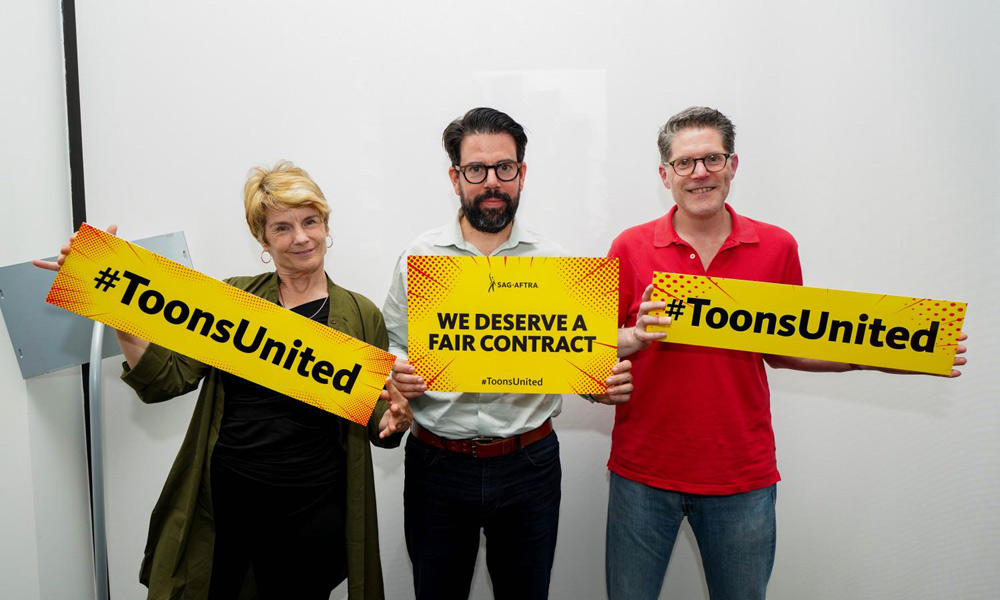 The deal includes wage and benefit contribution increases, and the application of improved terms negotiated for live-action streaming programs to animation on these platforms.

“This was a very important negotiation for our members who work on television animation projects due to the expansive growth of streaming media,” said SAG-AFTRA President Gabrielle Carteris. “It was imperative that we ensure our members receive compensation that reflects an evolving business model. With approval of these agreements, members will continue to be fairly compensated for the work they do.”

“I commend members for voting to approve these agreements. These new contracts set important protections for members working in programs created for Netflix, Amazon Prime, Hulu and other streaming sites and ensures that our foothold in this area remains strong and significant,” added National Executive Director and Chief Negotiator David White.

Key points of the 2018 agreements include:

The TV Animation Contracts cover animated programs produced for television, including network television, basic cable and streaming platforms such as Hulu, Netflix and Amazon Prime. The new deal will continue through June 30, 2020.

Formal negotiations between the SAG-AFTRA Negotiating Committee and the AMPTP began on October 30, 2017, in Los Angeles and concluded on September 19, 2018. The SAG-AFTRA National Board unanimously approved the tentative agreement at its October 20 meeting.

Learn more about the union’s activities in this sector at www.sagaftra.org/animation.