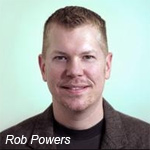 NewTek announced today the creation of the LightWave 3D Group, a division of NewTek, Inc., based in Burbank, Calif. The new division will focus on delivering visualization and 3D products for a range of industries—from architecture, computer-aided design and product development to advertising, game development and feature films. NewTek also announced former NewTek VP and head of 3D development Rob Powers has been promoted to president of the LightWave 3D Group. Powers will leverage his extensive experience in the visual effects and film production industries to accelerate growth worldwide for the LightWave 3D Group with new product offerings, strategic partnerships, and targeted sales and marketing initiatives.

“LightWave 3D has been the secret weapon in production pipelines for the past 20 years,” says Jim Plant, president and CEO, NewTek. “The formation of the LightWave 3D Group and the promotion of Rob Powers to president of the group was an executive decision to ensure that NewTek is well positioned for 20 plus more years of incredible growth,” continued Plant.

Powers has lead the development and implementation of many new features in NewTek LightWave 10 and LightWave 11, acting a liaison between studios, 3D artists and NewTek to incorporate productivity enhancements such as the VPR (Virtual Preview Renderer), anaglyph stereoscopic 3D preview  and many other features including advanced flocking, instancing, workflow improvements and interchange support. Before joining NewTek, Powers worked with James Cameron, serving as animation technical director and virtual art department supervisor for Avatar and as CG supervisor for Aliens of the Deep. Powers also worked with Steven Spielberg and Peter Jackson as virtual art department supervisor for The Adventures of Tintin. Powers graduated from the University of Southern California’s Cinema Production program, and attended the Academy of Motion Pictures, American Film Institute.