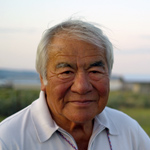 Every superhero has an origin story.

As animators, however, we’re stuck firmly in the human world, but each of us can point to an event that shaped our lives, and pushed us down this path we’ve taken.

Jimmy Murakami, the great animator/director who led a singular life and died on Feb. 16 at the age of 80, told me of such an event in his life, and his story is so interwoven with the history of America, and strikes such a chord with those of us who love animation, that it must be told.

The story begins on Dec. 7, 1941, when the Japanese bombed Pearl Harbor. In the ensuing anti-Japanese hysteria, 120,000 Japanese Americans — many of them, like Jimmy, American citizens — who lived on the West Coast were rounded up and placed in internment camps for the duration of the war.

Jimmy, 8 years old at the time, was sent with his family to the Tule Lake Internment Camp in Northern California. Angry and resentful, Jimmy suffered through freezing winters and baking hot summers. His parents were going through the added agony of watching their oldest daughter — Jimmy’s sister, Sumiko — die slowly of Leukemia. Such was the murderously slow pace of Sumiko’s disease that the camp doctors asked Jimmy’s parents to stop praying that she live, rather they should pray that she be allowed to die and be released from her pain.

It is against this backdrop of physical and emotional hardship, grinding boredom and seething resentment that this story takes place, because every now and then there was a break in the monotony of camp life.

For Jimmy, this was movie night.

On this particular night, Jimmy was excited to see the film scheduled for that evening. Earlier in the day he had been given his ticket, and when the time came for Jimmy and his brother, Jun, to go to the internment camp theater, they set off, walking the mile to where it was. Upon arriving, Jimmy discovered that the ticket he thought he was clutching in his hand was gone. Vanished. Desperate, Jimmy could only retrace his steps, and hope that it hadn’t been ground into the dust by one of the 17,000 inmates of the camp. He must have had a good eye, because after walking for half a mile, Jimmy saw his ticket lying on the ground. He grabbed it, raced back to the theater and watched a movie that he said was the most beautiful thing he’d ever seen.

The movie was Snow White and the Seven Dwarfs.

One can only imagine how those drawings and images washed over an 8-year-old Jimmy Murakami, how ecstatic it was to see that movie at a time when such a fertile and artistic imagination as Jimmy’s needed sustenance and inspiration. Snow White and the Seven Dwarfs was only five years old at the time, and the legends that worked on the movie – Walt, Milt Kahl, Frank and Ollie, Bill Tytla, the rest of the Nine Old Men, and all the chain-smoking cleanup artists, inkers and painters — probably never imagined that their work would be shown in such a place as Tule Lake, and stir the imagination of an 8-year-old boy incarcerated by his own government.

Those of us familiar with Jimmy’s work know that his artistic sensibilities are pretty far away from the Disney style, but Jimmy knew greatness when he saw it. His response to seeing Snow White and the Seven Dwarfs was sheer, unalloyed joy, and it set him firmly on the path where he distinguished himself as an artistic and uncompromising filmmaker.

I suspect Jimmy’s own work has already had a similar effect on children. A whole generation has already seen his twin masterpieces from his collaboration with children’s author Raymond Briggs: The Snowman and When the Wind Blows. Both of these films stay in the mind long after the credits have run, one a bittersweet poem to lost childhood, the other a brutally gentle film about an old couple dying after a nuclear war. It is a legacy Jimmy can be proud of, the origins of which can be traced directly back to a young American boy watching Snow White in an internment camp.

Patrick Gleeson is a veteran of the animation business too, having trained as an animator with Don Bluth on such projects as An American Tail and The Land Before Time. Currently, he is working at Disney TV Animation on the series Gravity Falls. 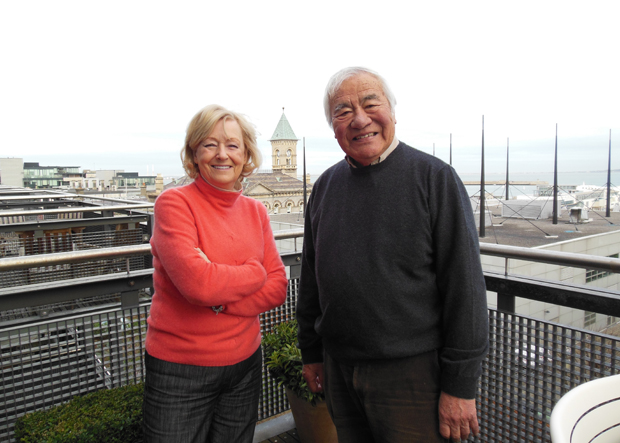 Jimmy Murakami and his wife, Ethna, on the balcony of their apartment in Dun Laoghaire, Dublin, Ireland, in December 2012. Photo courtesy of Patrick Gleeson.