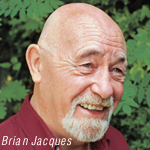 Brian Jacques, an English author whose Redwall books were adapted into an animated series that ran three seasons on PBS and Teletoon, died Saturday of a sudden heart attack in his hometown of Liverpool. He was 71.

According to School Library Journal, Jacques was born and raised in Liverpool. He had a multitude of occupations, including playing in a local folk band called The Liverpool Fishermen and a 20-year stint hosting a radio program called Jakestown.

The animated series, produced by Nelvana and Alphanim, was based on the first three novels and aired 39 episodes from 1999 to 2001.

Jacques is survived by his wife, Maureen, and their two grown sons, David and Marc.