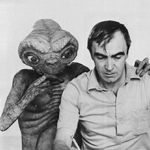 An original painting of the titular alien from Steven Spielberg’s classic E.T.: The Extra-Terrestrial by the character’s designer, Carlo Rambaldi, is up for auction with bidding closing Oct. 30.

The portrait, which is signed by Rambaldi, is being sold by memorabilia vendor Nate D. Sanders of Los Angeles. The 1981 painting was a gift from Rambaldi to an E.T. crew member, who is selling it as a result of advancing Parkinson’s disease.

The painting is done on a wooden board with highlights in oil crayon in blue, white and yellow.

Rambaldi won his third Oscar for Best Visual Effects for E.T., which was released in 1982. He previously won for Alien and the 1976 remake of King Kong. Rambaldi died in 2012.

The opening bid for the painting is $2,500, and the auction lot can be found online here. 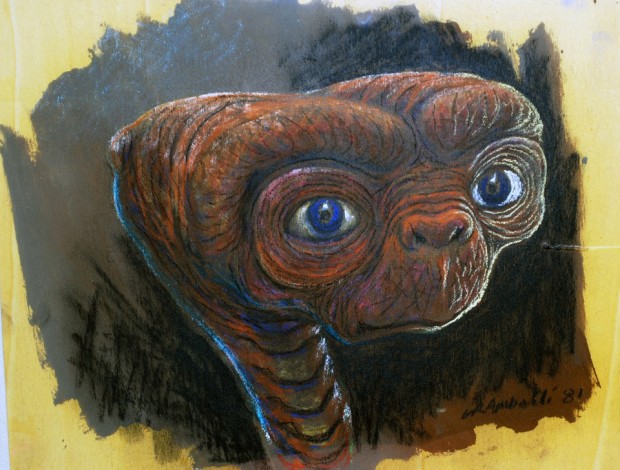