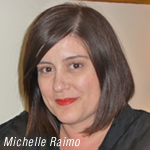 Michelle Raimo, who formerly held executive posts at Miramax and Paramount, has been named the new president of Sony Pictures Animation, according to Deadline.com.

Raimo is an executive producer on DreamWorks Animation’s Puss in Boots spin-off from the Shrek franchise.

Her career includes a decade at Miramax that culminated with her serving as senior vice president of development and production. In that post she oversaw or served as executive producer on such projects as Chocolat, The Shipping News, The Great Raid and An Unfinished Life.

She left Miramax in 2005 for Paramount, where oversaw productions made under the banners of Nickelodeon, MTV Films and Jamie Foxx’s Foxxhole. She moved over to Nick Movies in 2006 for a year.

You may also like...
Related Topics:Animation, Raimo, Sony Pictures