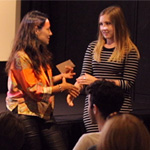 University of Portsmouth animation student Ellie Baily-Jones has earned the Best Campaign award from the Refugee Education Across Conflicts Trust (REACT) charity for her film The Teddy Bears Picnic. The animated short seeks to educate young people by recasting a family of teddy bears as a family of refugees struggling to survive. The iconic stuffed toys were chosen because of their symbolism of childhood and safety.

“I wanted my film to appeal to adults and families wherever they are and so I had the idea to base the film on a nursery rhyme as it would appeal to both audiences,” explained Baily-Jones. “What you see is a family unit who appear to be on the run and it soon transpires that they are refugees.”

The film was created as part of a course requirement to create a one-minute charity campaign.

“The aim of the unit is to connect students with industry and I was delighted with the students’ response and their engagement with this current social issue,” said course leader Eva Palacios. “Ellie is a very talented storyteller so I am very pleased she has won the award; it was well-deserved.”

REACT told the filmmaker that they selected her piece because it is told from a child’s perspective and carries a lot of emotion with its simple animation style. The award was presented by Giovanna Stopponi (producer, Native Voice Films) — who started the charity with NVF colleague Philip Cox in 2008 — along with a check for £250 at the University’s Graduate Show for Animation in London.

“I really enjoy storytelling and animation. I love the idea of creating short films and I am hoping to work as a 2D animator or art worker in children’s television. I would love to create my own television series for children,” added Baily-Jones. “[The award] was completely unexpected but I’m really pleased and happy that my work has been formally recognised. Winning the award coincided with graduating this week with a first class degree so my confidence has rocketed and I feel like it’s shown me that I’m good enough to be an animator/storyteller to make it my career.” 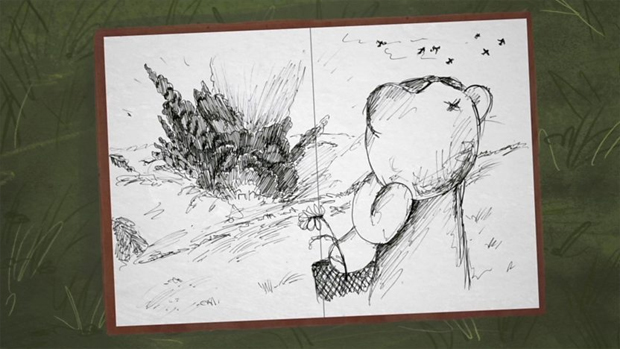