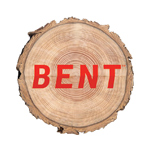 The production lineup also includes two untitled animated features, one to be produced in stop-motion with Chel White directing, and the other using traditional cel animation. The slate is being funded with a mixture of traditional investment avenues and private money from Stewart Group PDX.

“The Pacific Northwest is one of the best kept animation secrets in the world and Bent Image Lab’s long history of multi-technique animation keeps my stop-motion, cel and CG projects under the same roof,” said Stewart. He most recently served as producer for Starburns Industries in Burbank, working on animations for Universal, Disney, Sony and serving as production exec on Charlie Kaufman’s Anomalisa. He previously spent three years as a development executive for LAIKA, also based in the Portland area.