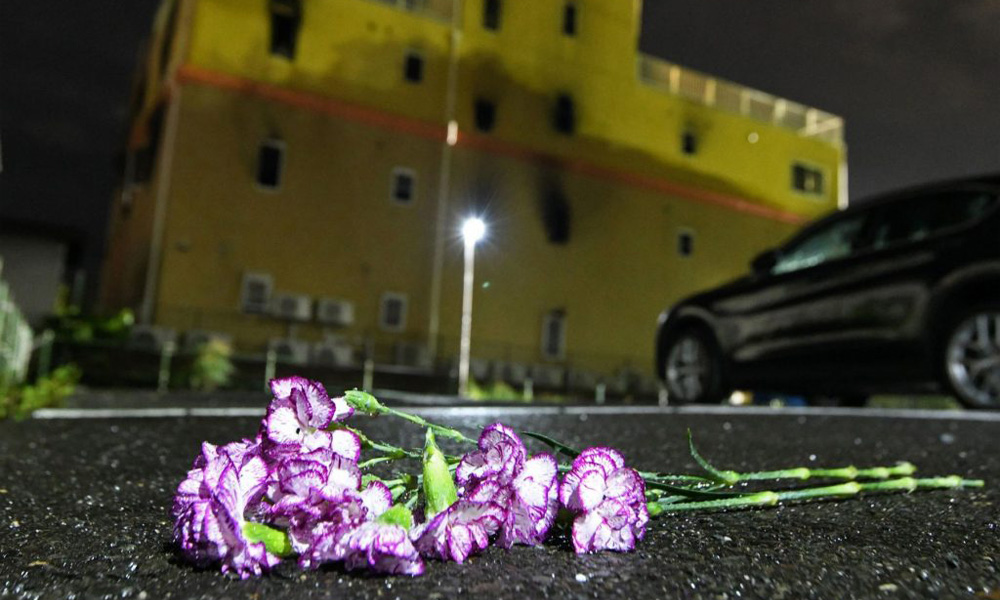 Weeks after revealing the identities of 10 deceased victims of the Kyoto Animation arton attack of July 18, Kyoto Prefectural Police released the names of the remaining 25 fatalities on Tuesday. These included 14 people in their 20s, six in their 30s and five in their 40s. Funerals have been held for all.

The department chose to identify these victims despite only receiving consent to make the information public from the families of five. Investigators made the decision in order to avert speculation and false reports as to who was killed in the attack, as an additional 34 people were injured. KPP 1st Investigation Division head Ryoji Nishiyama emphasized that the victims’ families have “suffered immense psychological shock” and asked that media consider this before seeking interviews.

Daisuke Okeda, lawyer for KyoAni, Tweeted: “Regrettably, without regard to the solemn requests of our company, as well as the wishes of some of the families, the victims’ names were announced today. Kyoto Animation once again asks the Kyoto Prefectural Police and involved media organizations to respect the privacy and wishes of the deceased and their families.”

Naomi Ishida, a 49-year-old color designer, was included in the police announcement, but her death was previously confirmed by her parents. Ishida followed in her family’s creative footsteps — her father was a master cloth dyer for kimono, and her mother wove intricate Nishijin-ori fabric used in obi sashes. The young artist joined Kyoto Animation at age 22 after completing her vocational school program for animation. Her recent color design credits include A Silent Voice, Liz and the Blue Bird and The Disappearance of Haruhi Suzumiya.

Suspect Shinji Aoba, age 41, who took responsibility for the attack immediately following while claiming “They stole my novel,” remains hospitalized with severe burns. Police have been unable to interrogate him.