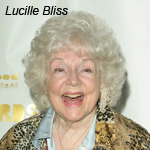 Pioneering voice actress Lucille Bliss passed away on Thursday Night (Nov. 8), per Cartoon Brew. She was best known for voicing TV’s first cartoon character, Crusader Rabbit (1949), as well as her memorable parts as Anastasia in Disney’s Cinderella (1959), Smurfette in Hanna-Barbera’s The Smurfs and Miss Bitters on Nickelodeon’s Invader Zim.

Born on March 31, 1916 in New York City, Bliss moved to San Francisco in the 1950s and played Auntie Lou, the hostess of The Happy Birthday To You Show, a live local children’s TV show on KRON-TV. She began working for Hanna-Barbera and voiced Tuffy in Robin Hoodwinked (1958) Leprechaun in MGM’s Droopy Leprechaun and Hugo on an episode of The Flintstones. She also voiced characters in Don Bluth’s The Secret of Nimh (1982), Avatar: The Last Airbender (2004) and Fox/Blue Sky’s Robots (2005).

“Smurfette felt so real to me because I created her voice, so I could feel her emotions,” she told Gary Rutkowski in a 2005 interview. “It may sound strange but it’s true. We have to think like the character and it takes over. That’s what I tell my students, too. You must lose yourself if you want to be successful in animation and be the character.”

For more on the life and times of the late actress, visit this interview in The Archive of American TV website: 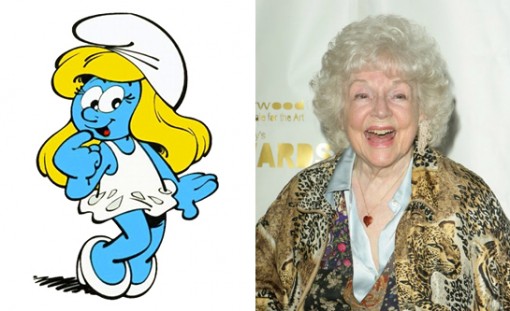